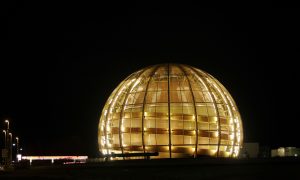 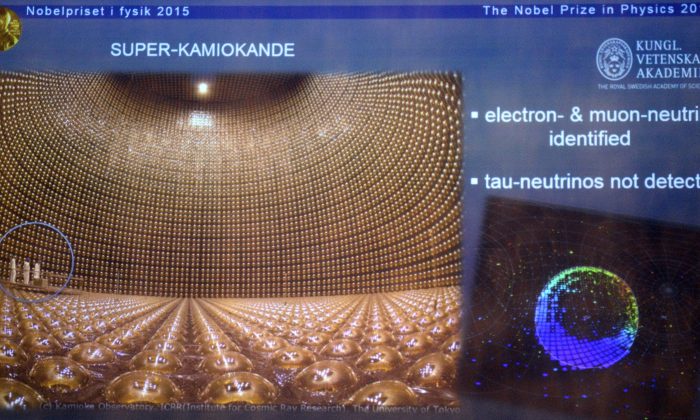 The observation that neutrinos have mass, which led to the 2015 Nobel Prize for Physics being awarded jointly to Japan’s Takaaki Kajita Japan and Canada’s Arthur McDonald, is important for two key reasons. First, it provides a deeper knowledge of the fundamental tenets of nature. Second, as with any discovery, it comes with innovation in science and technology.

While we know of the existence of neutrinos, not much is known about them. Neutrinos exist in huge numbers in the universe. That is why understanding neutrinos is directly relevant to our knowledge of the universe.

Now that it has been established that neutrinos have mass, we have a key to better understanding how mass is distributed in the universe. Neutrinos may also contribute to understanding why the universe is continuously expanding.

It sits on the similar scale as the discovery of the Higgs boson at the Large Hadron Collider at European Organization for Nuclear Research (CERN), and the future discoveries expected from the Square Kilometer Array (SKA) project.

Any discovery in experimental science is the result of titanic efforts to overcome technological difficulties and challenges. When the neutrino was first postulated in 1930, many thought that it would be mission impossible to detect them, let alone to study its properties—such as its mass.

The relentless need to understand nature better forces scientists to innovate with which to push the boundaries of science and technology. The efforts exerted to demonstrate that neutrinos contain mass have bolstered science and technology in Canada and Japan. South Africa’s support of projects at CERN, the SKA, and other efforts already have a similar effect.

Boosting science and technology via large scientific projects brings the added value of human capacity development in high technology that South Africa is in so much need of.

Before answering this question we need to backtrack a bit. Matter is made of atoms. Atoms are made of positively charged nuclei and negatively charged electrons traveling very fast around the nuclei.

The electromagnetic force holds the electrons in orbit around the nuclei because opposite electric charges attract each other. Nuclei are very heavy compared to electrons and are composed of protons and neutrons.

Why Are Neutrinos Elusive?

Neutrinos do not have electric charge. Therefore, they do not get repelled or attracted to other charged particles in nature. They interact very weakly with matter so they very rarely leave a trace.

Vast amounts of neutrinos pass through us every day, but we do not feel them because neutrinos hardly ever interact with the atoms that make up our bodies.

How Can We Tell That Neutrinos Have Mass?

There are three types of neutrinos. If neutrinos were massless then they would travel forever unencumbered. If neutrinos have mass then, as they travel, they gradually “disappear” to become a different type of neutrino.

This is referred to as neutrino oscillation and it is a quantum mechanical effect.

Decades of Research Pay Off

Neutrinos were put forward in 1930 as a means to explain missing energy from a certain type of nuclear reactions. It was not until 1956 that neutrinos were detected unequivocally in laboratory conditions, for which a Nobel Prize in Physics was awarded in 1995.

Scientists from all over the world have not stopped investigating the nature of these elusive particles. Neutrinos were known to be neutral and assumed to be massless. It was not until the late 1990s and early 2000s that experimental techniques became available in order to elucidate if neutrinos have mass.

The latter signifies a major discovery in physics, leading to a Nobel Prize in Physics in 2015. The fact of the matter is that to date we do not really know how neutrinos acquire mass. Unravelling this mystery may lead to other groundbreaking discoveries.

Bruce Mellado is a professor of physics at the University of the Witwatersrand in South Africa. This article was previously published on TheConversation.com