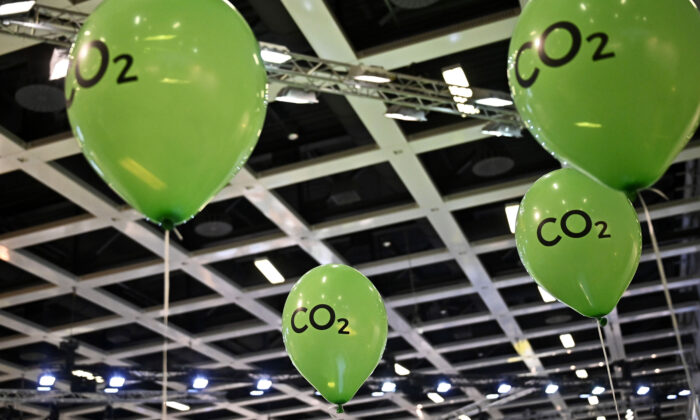 Green ballons bearing the inscription "CO2" are fluttering in a hall during the opening day of the Gruene Woche (Green Week) international agriculture fair in Berlin on Jan. 17, 2020. Tobias Schwarz/AFP via Getty Images
Viewpoints 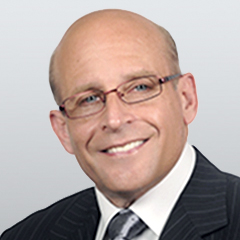 A new study published in the peer-reviewed journal Environmental Economics and Policy Studies reports the social benefits of carbon dioxide emissions are likely to exceed costs for at least the next 30 years. The finding demonstrates the ridiculousness of alarmists claiming a climate crisis gives us only 10 years—or whatever small amount of time is in vogue on this particular day—to save the planet.

As Marlo Lewis of the Competitive Enterprise Institute reports, the study implies that “the possibility of reaching catastrophic ‘tipping points’ during the next 1,000 years is substantially less” than mainstream media propagandists have been telling us. In other words, “Hey AOC, there are only 1,000 years left to go before we are all drowned by rising seas, not 12!”

For those who doubt the validity of this study, consider this: Patrick Michaels, research professor of environmental sciences at the University of Virginia from 1980 to 2017 and past president of the American Association of State Climatologists, provided the climate science analysis in the new study. Ross McKitrick, professor of economics at the University of Guelph in Ontario, Canada, and a senior fellow of the Fraser Institute, provided the economic analysis. Kevin Dayaratna, senior statistician and research programmer at The Heritage Foundation’s Center for Data Analysis, provided the statistical analysis.

Central to the study is recognition of the highly beneficial effects of rising atmospheric carbon dioxide on agriculture. As Lewis states, “Over the next three decades, the agricultural benefits of rising carbon dioxide concentrations and longer growing seasons are projected to exceed the monetary costs of global warming-related economic damages.”

Lewis adds that the underappreciated issue in social cost of carbon (SCC) modeling is the carbon dioxide fertilization effect. “Plants use the carbon in CO2 to construct their tissues. Decades of laboratory and field studies demonstrate that elevated carbon dioxide levels help most plants, including food crops, grow larger, faster, and utilize water more efficiently.”

Lewis cites climate researcher Craig Idso, who estimated “rising CO2 concentrations boosted global crop production by $3.2 trillion during 1961–2011.” Trillions of additional dollars in additional benefits from fossil fuels will be added over the next three decades.

These findings contradict calculations and estimates from federal bureaucrats left over from the Obama administration, who assume there is no carbon dioxide fertilization effect for plant life. That is one of many minefields President Barack Obama left buried deep in his bureaucracy, often referred to today as “the deep state.”

Lewis explains that the authors of the study “expect the social cost of carbon to be negative at least through the mid-21st century. A negative cost is another way of saying a net benefit.”

The authors write in the abstract of their study:

“We explore the implications of recent empirical findings about CO2 fertilization and climate sensitivity on the social cost of carbon (SCC). … New compilations of satellite and experimental evidence suggest larger agricultural productivity gains due to CO2 growth are being experienced than are reflected in [parameterizations]. We also discuss recent studies applying empirical constraints to the probability distribution of equilibrium climate sensitivity and we argue that previous … integrated assessment models (IAMs) have not adequately reflected the findings of this literature. …  The lower bound of the social cost of carbon is likely negative and the upper bound is much lower than previously claimed, at least through the mid-21st century.”

Peter Ferrara, J.D., is a senior fellow for the FAIR Energy Foundation, the National Tax Limitation Foundation, and The Heartland Institute. He served in the White House Office of Policy Development under President Reagan and as associate deputy attorney general under Attorney General Bill Barr and President George H.W. Bush, and as the Dunn Liberty Fellow in Economics for The King’s College in New York.

Peter J. Ferrara
Follow
Peter Ferrara, J.D., is a senior fellow for the FAIR Energy Foundation, the National Tax Limitation Foundation, and The Heartland Institute. He served in the White House Office of Policy Development under President Reagan and as associate deputy attorney general under Attorney General Bill Barr and President George H.W. Bush, and as the Dunn Liberty Fellow in Economics for The King’s College in New York.