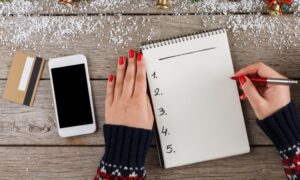 People line up outside of the Social Security Administration office in San Francisco, Calif., on Feb. 2, 2005. (Justin Sullivan/Getty Images)
Advice

I’m going to start today’s column by answering a question from a reader about her potential eligibility for benefits from one of her prior husbands’ Social Security accounts. I am going to follow that up with typical comments I always get from other readers who are critical of these kinds of benefits.

Q: I have worked most of my life, but I had severe medical problems and ended up going on Social Security disability when I was 58. I just turned 62, and I’ve been told that I can now file for benefits from my second husband. We are divorced, but we were married for over 25 years. He brags that he gets the maximum Social Security benefit. So, can I get half of his and my disability benefit at the same time? And FYI, my first husband died at the age of 35, and we were married for only eight years, so I am sure I’m not due anything on his record because that was so long ago.

A: Believe it or not, it is much more likely that you might be due benefits from your first husband’s Social Security record than your second husband’s.

There are two reasons for that. First, a widow’s benefit pays more money than what you would be due as a divorced wife of a living ex-husband. And second, even though your first husband died a long time ago, his past earnings are indexed for inflation. So, I’m guessing your widow’s benefit will be much higher than you think.

At age 62, you wouldn’t be due half of your second husband’s Social Security. It would be more like one-third of it. You said he claims to be getting the maximum benefits. There really is no set maximum benefit. But let’s say he is getting $2,800 per month. One-third of that is about $925. You cannot get that $925 amount in addition to your own disability benefit. You can only get the benefit that pays the higher rate. And I’m guessing you are getting a lot more than $925 in disability benefits. So, that means you aren’t due anything from husband No. 2’s Social Security record.

But husband No. 1 might be a different story. At age 62, you’d be due about 82 percent of whatever his indexed-for-inflation benefit might be. If that is more than you are getting now in disability benefits, you could make the switch. Or you could choose to wait until you are 66 years old, at which point you could switch to 100 percent of what would have been his full retirement benefit—again, adjusted to today’s dollars.

The only way you can find out what you are potentially due from your first husband or your second husband is to call the Social Security Administration at (800) 772-1213.

Now, here is the controversy. I frequently hear from readers who criticize the fact that women like this are eligible for any spousal benefits at all. And surprisingly, these criticisms almost always come from other women.

Here is a typical comment: “I don’t think a woman should be able to get widow’s benefits from a guy who died a long time ago and to whom she was only married for a short time. My husband and I were married for 40 years before he died. I deserve to get his Social Security. But I don’t think that a woman who has gone through several husbands should be able to pick and choose which benefits she gets!”

I usually try to see both sides of the story. For example, on the one hand, I sort of understand where this criticism comes from. Consider the case of the woman who sent in the question I answered above. She was married to her first husband for just eight years. And he died about 30 years ago. Yet, there is a pretty good possibility that she now might be due widow’s benefits on his record.

Can she really be considered his “widow”? Well, the law says she can. But I wonder if the folks who wrote these laws really had women like her in mind.

On the other hand, you could make the case that this guy (her first husband) worked and paid Social Security taxes and that she was married to him when he died, so she should be due widow’s benefits on his account—no matter how much time has passed.

And then, if these critics had their way, where would they draw the line? Would you have to be married 20 years to qualify for widow’s benefits? Or maybe 30 years? And should the law say the death must have occurred in the past five years in order to pay benefits to his widow?

The point I am making is that it’s easy to criticize existing Social Security laws. But when you do, I think you should come up with a workable alternative that will be fair and satisfactory to the majority of Americans.

Now, I’ll get back to the woman who sent the email that started this column. You will recall that she was divorced from her second husband following a 25-year marriage. As I told her, she would be due benefits on his record but only if they paid more money than she was already getting on her own Social Security account.

That led me to think of this email I recently got from another woman. In part, she said this: “I don’t see how the government can be justified in giving Social Security spousal benefits to divorced women. If you divorce the guy, you divorce him totally. You are no longer his spouse. And that means you should not get spousal benefits on his Social Security record. And don’t even get me started on benefits for so-called divorced widows. If you are divorced from someone, how can you be his widow?”

Personally, I think a divorced woman deserves to get some of her ex-husband’s Social Security benefits. Believe me, I hear from plenty of women who tell me sad stories. For example, a 60-year-old woman recently told me that she and her husband were married for 40 years. As he pushed his early 60s, he started flirting with a younger woman and eventually dumped his wife of four decades for the sweet young thing. In my opinion, the former wife deserves something from her ex-husband’s Social Security for all the years she spent cooking his meals and washing his dirty underwear and putting up with all his shenanigans!

And let me end by repeating this thought: It’s always easy to criticize Social Security laws. But it is quite difficult to create laws that most Americans (and not just you) will think are fair.