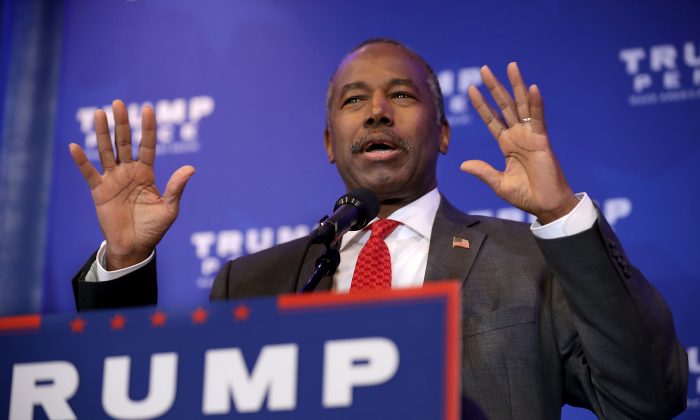 Ben Carson, the former Republican presidential candidate, issued a statement that attempted to distance himself from misleading reports that suggested—or outright claimed—that he declined serving in Donald Trump’s administration because of a falling-out or because of a possible disagreement between the two.

Following a bevy of reports, Carson wrote on Facebook: My decision not to seek a cabinet position in the Trump administration has nothing to do with the complexity of the job as is being reported by some news outlets.”

“I believe it is vitally important for the Trump administration to have many outspoken friends and advisers who are outside of the Washington bubble,” the retired neurosurgeon and author added.

“It is vital to have independent voices of reason and reconciliation if our nation is to heal and regain its greatness. I will continue to work with the transition team and beyond as we build a dynamite executive branch of government,” said Carson, who was an early Trump surrogate after he dropped out of the Republican primary.

Ben Carson Not Interested in Official Position in Trump’s Cabinet

According to business associate Armstrong Williams, “Dr. Carson was never offered a specific position, but everything was open to him,” reported The Hill.

“Dr. Carson feels he has no government experience, he’s never run a federal agency. The last thing he would want to do was take a position that could cripple the presidency.”