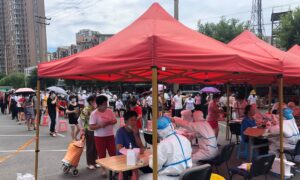 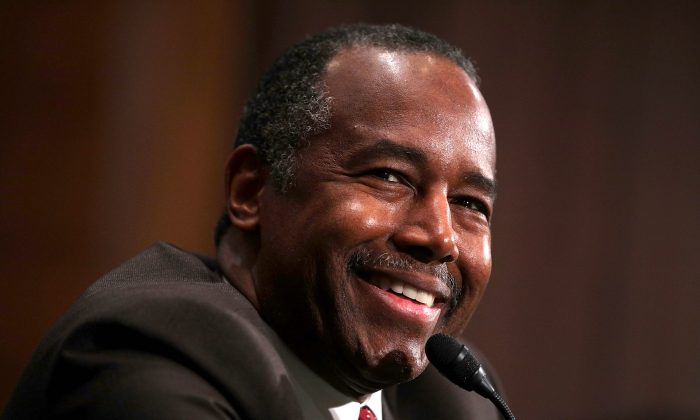 Ben Carson Feels ‘Out of the Woods’ in COVID-19 Battle

President Donald Trump’s Housing and Urban Development Secretary Ben Carson Friday posted on his social media account saying he feels “out of the woods” now after having been “extremely sick” from COVID-19. The 69-year-old has been receiving treatments from the White House medical team at Walter Reed Hospital.

Carson, a former medical doctor, tested positive earlier this month. His office said he was in good spirits at the time. After taking Oleander 4X, a product not yet approved by the Food and Drug Administration (FDA), as an initial treatment upon diagnosis, Carson said he saw a “dramatic improvement.” Oleander 4x, a medicine made from derivatives of the oleander plant, was being promoted by MyPillow CEO Mike Lindell as a potential candidate for treating COVID-19.

But after a period of time, his condition took a turn for the worse.

“However, I have several co-morbidities and after a brief period when I only experienced minor discomfort, the symptoms accelerated and I became desperately ill,” Carson said in his Facebook post. “President Trump was following my condition and cleared me for the monoclonal antibody therapy that he had previously received, which I am convinced saved my life.”

“President Trump, the fabulous White House medical team, and the phenomenal doctors at Walter Reed have been paying very close attention to my health and I do believe I am out of the woods at this point,” Carson said in his post.

Carson is also a member of Trump’s Coronavirus task force.

“I am hopeful that we can stop playing politics with medicine and instead combine our efforts and goodwill for the good of all people. While I am blessed to have the best medical care in the world (and I am convinced it saved my life), we must prioritize getting comparable treatments and care to everyone as soon as possible.”

“Together we will be victorious. God is still in charge,” he added.

The monoclonal antibody therapy from Regeneron Pharmaceuticals that Trump took when he was sick with COVID-19 has yet to receive emergency use authorization from the FDA. However, last week, the FDA did grant emergency use clearance to a similar treatment by Eli Lilly: Bamlanivimab.

The FDA emergency clearance was based on an study published Oct. 28 in the New England Journal of Medicine, which found that the therapy appeared to lower hospitalization rates and show improvement in a small number of patients with mild to moderate cases of the virus.

“Monoclonal antibodies are laboratory-made proteins that mimic the immune system’s ability to fight off harmful antigens such as viruses,” the FDA said in a statement. “Bamlanivimab is a monoclonal antibody that is specifically directed against the spike protein of SARS-CoV-2, designed to block the virus’s attachment and entry into human cells.”

Carson is not the only person to have tested positive for COVID-19, which The Epoch Times refers to as the Chinese Communist Party (CCP) virus in the Trump administration. After Trump tested positive last month, White House Chief of Staff Mark Meadows tested positive early November. Recently, Trump’s eldest son Donald Trump Jr. confirmed on Friday that he has also tested positive.

At least 28 members of Congress and more than 150 workers have tested positive for the CCP virus since the start of the pandemic. An aide for a Florida member died this summer from the disease.