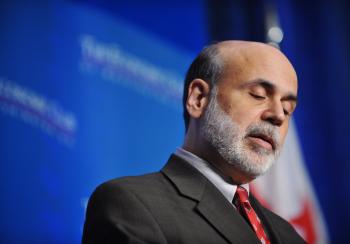 Ian Ritz
View profile
Follow
biggersmaller
Print
NEW YORK—Chairman of the United States Federal Reserve Ben Bernanke gave a speech at the Economic Club of Washington on Monday stating that there is hope for the U.S. monetary system as well as training the global financial network.

“The global economy will recover, but the timing and strength of the recovery are highly uncertain. Government policy responses around the world will be critical determinants of the speed and vigor of the recovery,” said Bernanke in his speech.”

The ongoing deficiency of the U.S. economic infrastructure has led the U.S. government to keep the central bank interest rate close to zero and they are planning to let the rate remain almost nonexistent for the remainder of the year. This is one of the many steps being taken to give traders in the stock market some breathing room in hopes that increased trading will stimulate the market.

“The Federal Reserve has responded aggressively to the crisis since its emergence in the summer of 2007. Following a cut in the discount rate (the rate at which the Federal Reserve lends to depository institutions) in August of that year, the Federal Open Market Committee began to ease monetary policy in September 2007, reducing the target for the federal funds rate by 50 basis points,” stated Bernanke.

It has been confirmed by economic scholars that irresponsible business practices in the U.S. housing market played a pivotal role in the ongoing recession. Bernanke commented on this factor while explaining the role of the U.S. in the global economy.