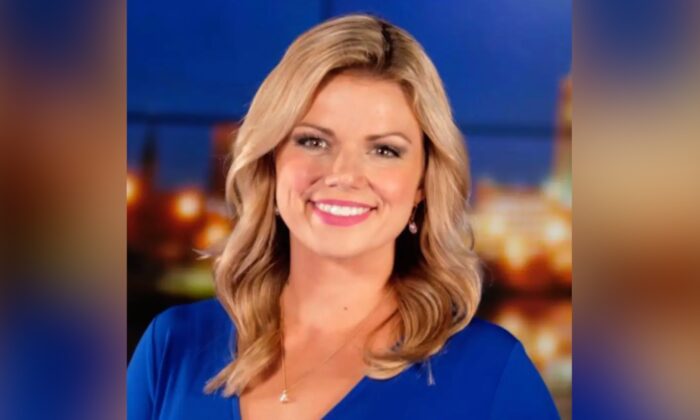 Neena Pacholke, a beloved television news anchor at ABC affiliate WAOW, died of an apparent suicide on Aug. 27, according to her family. She was 27.

Pacholke, who grew up in Tampa, Florida, and played basketball for the University of South Florida, was found dead at her Wausau, Wisconsin, home early on Aug. 27. Police were called by concerned friends to conduct a welfare check after she’d reportedly threatened to kill herself.

Authorities found her dead inside the home upon arrival. It remains unclear how she took her own life.

On Wednesday, Pacholke’s sister, Kaitlynn, told TODAY her death came as a shock to the family, explaining that they always thought “she was the happiest person.”

“She could make anyone feel incredible,” Kaitlynn said about her sister. “If you knew her your whole life or if you knew her for five minutes, she made you feel special.”

The Bulls are heartbroken to learn of the sudden loss of our beloved former teammate Neena Pacholke (2013-16). Our thoughts and prayers are with Neena and her family during this extremely difficult time. pic.twitter.com/kMDyBZVsOG

In a tribute on Facebook, Brendan Mackey, a news anchor for WAOW’s show, “Wake Up Wisconsin,” said working with Pacholke as a co-anchor “was an honor,” describing her as an incredible friend who always made people smile.

“I have never met anyone in my entire life that is more loved than this girl,” said Mackey. “Everyday she made people smile, whether that was through a tv screen or just being an incredible friend. She was so happy and so full of life and a role model. Neena was so talented. She has so many friends and family members that love her so so so much.”

“Whether we were skiing or coming up with fun bits for the show or out on a Saturday night she always made everything more fun,” he added. “When I joined WAOW you made it clear we were going to work hard and compete with the best.”

“Let’s remember Neena Pacholke for the beautiful person she was,” he concluded. “The brightest light in the room. The biggest smile and the funniest laugh. I can’t believe it. I am still in shock.”

In another tribute, Brad Miller, a meteorologist for WAOW who worked alongside Pacholke, said that he’s still struggling to find the right words to express his feelings about the beloved news anchor’s sudden death, describing her as an amazing person and friend.

“The smiles and happiness you saw from her on the air every day were genuine—she was exactly the same way off camera,” Miller wrote in a tribute, noting that he is missing her greatly.

Pacholke joined WAOW as a multimedia journalist in May 2017.

Relatives of Pacholke have created a GoFundMe to help collect donations for her family as they make funeral preparations.

If you or someone you know is affected by any of the issues raised in this story, call the National Suicide Prevention Lifeline at 800-273-TALK (8255) or text Crisis Text Line at 741741.