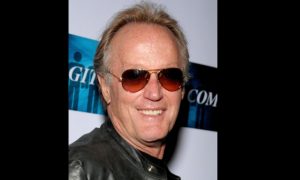 Rankin was involved in a fatal automobile accident in Ontario, Canada, on Monday, Sept. 30, according to TMZ. The report claims the crash involved a transport truck and another vehicle.

Rankin—perhaps best known for his role as a drug lord in the 1998 film “Belly”—is believed to have sustained fatal injuries in the crash.

One day before his death, Rankin said on Instagram that he was in Toronto filming a movie.

“The Original Don DaDa On Set Shooting A Major Movie In Toronto,” Rankin captioned the video post, in which he showed off a bag full of cash and said, “I’m about to meet these Colombian [expletive] and give them some of this.”

Born and raised in Jamaica, Rankin often referred to himself in his lyrics and on social media as the “Original Don Dada.”

‘Sleep With the Angels’

His executive assistant Jewlz Sykes, with whom he shares children, confirmed his death on Instagram.

“There are no words!!!!!!” Sykes captioned the post, which shows Rankin holding three children. “Sleep with the angels my King!” she added.

It saddens us to have to announce that The “ORGINAL DON DADA” “Trail Blazer” the legend – Louie Ox Rankin passed away this morning! May God keep his soul with his father, sister and neice in #heaven #amen #sipox

Rankin is also known for being a dancehall and reggae artist, who in 1992 released a Grammy Award-winning hit single “Typewriter.”

His acting credentials also include portraying Teddy Bruckshut in “Shottas” and the character Choppa in “We Run the Streets.”

Since news of Rankin’s death broke, fans have flooded Twitter with tributes. One fan posted: “RIP to the legend Louie Rankin aka Teddy Bruckshut who sadly passed away today.”