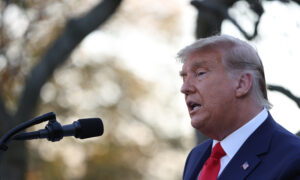 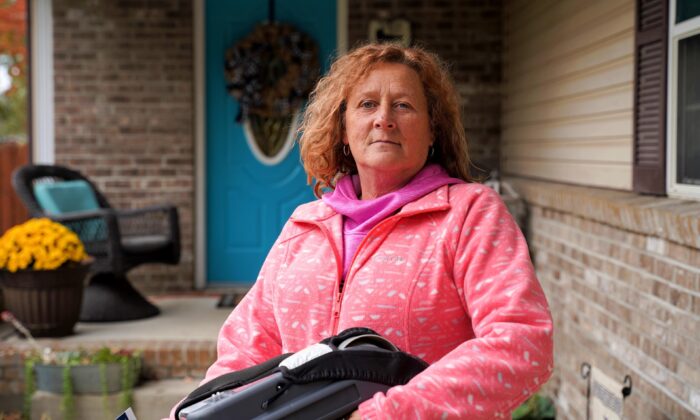 Teresa Shepherd, resident of the Indiana bellwether county of Vigo, in front of her daughter’s house in Seelyville, Ind., on Oct. 20, 2020. She said she almost never votes, but this year decided to vote for President Donald Trump. (Cara Ding/The Epoch Times)
2020 Election

Over the past nearly 40 years, presidential elections have observed an intriguing phenomenon: 19 counties in the nation have always voted for the winner, be it Republican or Democrat.

They’ve been dubbed “bellwether counties” and until this year, no president since at least Ronald Reagan has missed even one.

In 2020, all but one of the bellwethers picked President Donald Trump by a margin of some 16 points on average. Only one, Clallam County in Washington, went for former Vice President Joe Biden and only by about a three-point margin.

Yet unofficial vote counts now show Biden in the lead and with enough electoral votes to claim the presidency. Trump is challenging the results in several states, alleging fraud, voter suppression, and illegal restrictions on Republican poll watchers. Two states have announced recounts.

Bellwethers aren’t a crystal ball—their streak was expected to end sooner or later. But what would be striking is for it to end so radically.

There is another bellwether list of 58 counties that has correctly picked each president since 2000; Trump won 51 of them by an average margin of nearly 15 points. The ones he lost went to Biden by a margin of about four points on average.

And then there’s Vigo County in Indiana—the quintessential bellwether that has correctly picked the winner in all but two elections since 1888. In both of the missteps, the residents wrongly picked the losing Democrat: Williams Jennings Bryan over President William Taft in 1908 and Adlai Stevenson over President Dwight Eisenhower in 1952.

This year, Vigo went for Trump by nearly 15 points, roughly the same as in 2016. An Emerson poll conducted shortly before Election Day was completely off, showing Trump and Biden neck and neck.

The 19 bellwethers tend to be poorer, whiter, older, and less educated than the rest of the country, according to an August paper by researchers from the University of Denver and the University of New Hampshire.

There’s significant variability among them, though. Median household incomes range from $65,000 in Bremer County, Iowa, to $32,000 in Hidalgo County in New Mexico. Both Hidalgo and Valencia County, New Mexico, are close to 60 percent Hispanic, while Westmoreland County in Virginia is almost one-third black. Sawyer County, Wisconsin, and Clallam County, Washington, have “substantial Native American populations,” the authors said.

The counties “tend to be clustered in the Midwest and the Northeast, with only four of the counties not falling into one of those regions,” they said.

“The unequal geographic distribution is a somewhat curious phenomenon of bellwether counties. Eleven of the 19 were located in just six Midwestern states, and Wisconsin alone is home to four,” they said.

The counties are also mostly small and rural.

The bellwethers’ ability to predict the winner has been attributed to a large swath of voters willing to switch party preference from one election to the next.

The researchers also mapped all U.S. counties (over 3,000) by their “bellwether score”—their record of voting for the overall winner in each of the previous 10 presidential elections—giving progressively larger weight to more recent elections.

“The bellwether scores map highlights the fact that many states have a good bellwether county or two, even if they did not make the list of the 19 counties which have always voted for the winning candidate,” they said.

They also found that high-scoring counties exhibit a geographic trend.

“The upper Midwest, upstate New York, and northern New England are home to a disproportionate share of high-scoring counties,” they said.