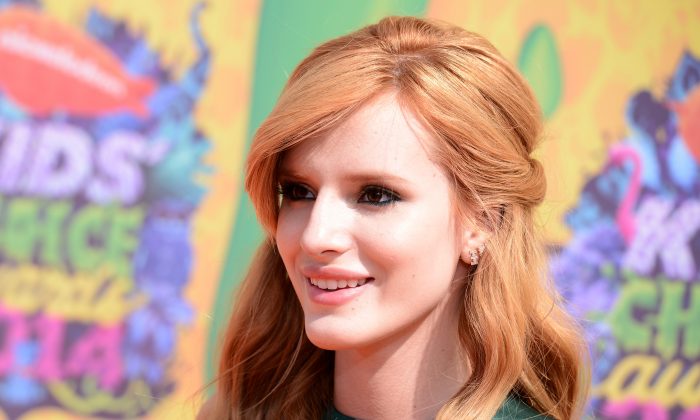 Bella Thorne Releases ‘Call it Whatever;’ Promotes ‘Blended’ in Chicago

The 16-year-old actress and singer is keeping herself busy with her new track “Call it Whatever,” released on May 13, 2014. She’s also promoting the comedy “Blended,” with costars Drew Barrymore and Adam Sandler, which will be hitting theaters on May 23.

Her track “Call it Whatever” got a 4 out of 5 on iTunes and a was called the ‘song of the summer’ on Hollywood Life.

Thorne will be signing the cover of Seventeen Magazine, where she was featured, at Barnes & Noble at the Oakbrook Center in Oakbrook, IL, on May 16, 2014. She will then attend the red carpet and the screening of “Blended” at the AMC Yorktown, Yorktown Shopping Center, in Lombard, IL.

Thorne is currently filming “Amityville,” a horror thriller that tell the story of a single mother and her three children who move into a haunted house.