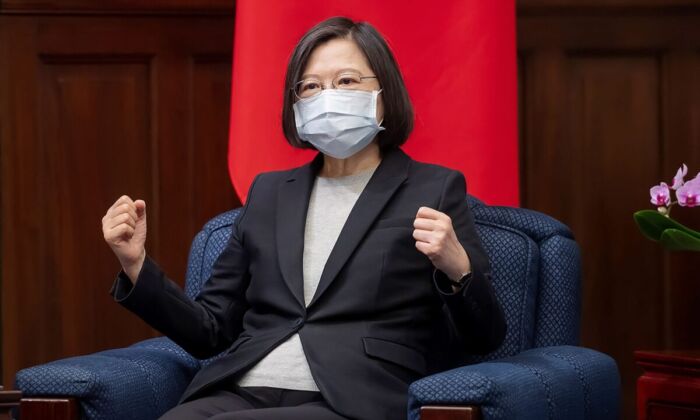 Belize Reaffirms Support for Taiwan as Doubts Grow Over Honduras

A representative from Belize reassured the country’s steady friendship with Taiwan, during a meeting with President Tsai Ing-wen on Dec. 1, as fellow Central American nation Honduras could switch its diplomatic ties to Beijing.

Belize and Honduras are among the 15 countries maintaining diplomatic relations with Taiwan despite the communist regime in China claiming the self-ruled island as its own territory—to be taken by force if necessary—and putting longtime pressure on foreign governments to adopt its stance.

Valerie Woods, speaker of Belize’s House of Representatives, told Tsai at the president’s office in Taipei that the friendship between her country and Taiwan is stable. She noted they shared the same values of freedom, peace, democracy, human rights, and the rule of law.

“We also know the challenges that come with defending sovereignty and the right to independence as we too have fought a large neighbor,” Woods said, in likely reference to Guatemala’s territorial claims on Belize.

“Belize remains steadfast in its support of Taiwan, and we stand in solidarity with you,” said Woods, who is visiting for the 2021 Open Parliament Forum.

Tsai said she hoped the two sides would continue to deepen cooperation, according to a statement released on Wednesday.

In 1989, Taiwan built formal ties with Belize, 40 years after establishing relations with Honduras in 1941.

The president of Honduras made a surprise visit last month, during which he said he hoped his country would continue its friendship with Taiwan after he leaves office.

But the decades-long friendship is in doubt after Honduras’s leftist opposition candidate Xiomara Castro won the election on Nov. 30.

Castro, a member of the Liberty and Refoundation Party, said that she would switch diplomatic recognition from Taipei to Beijing once she was elected.

On Wednesday, Taiwan congratulated Casto for her win. The spokesperson of the president’s office said that Taiwan hoped relations with Honduras would continue to deepen.

Taipei has lost seven diplomatic allies since 2016, with the latest being the Pacific island nations Kiribati and the Solomon Islands.

China’s efforts to win over Taiwan’s friends have alarmed and angered Washington, which is concerned about Beijing’s growing international influence.

A visiting U.S. delegation made clear that Washington wanted Honduras to maintain its long-standing diplomatic relations with Taiwan.

While the United States does not have formal diplomatic ties with Taiwan, it is among the island’s staunchest allies and its biggest supplier of arms.