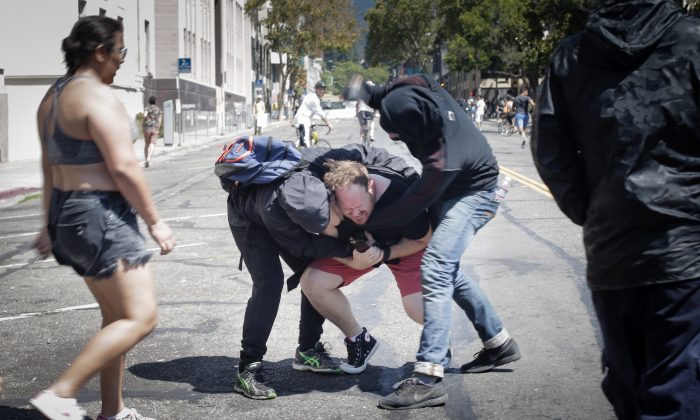 Belief in Social Struggle Has Destroyed Harmony by Poisoning Discourse

A wedge has been driven through society, and it’s becoming ever more rare for people of opposing viewpoints to have a civilized discussion. There was a time not long ago when the political viewpoints of friends mattered little, and when finding differences of opinion wouldn’t immediately end a discussion.

The conflicts that have arisen are partially caused by the loss of traditional discourse, and we can largely thank two communist concepts for this: the ever-changing political-moral system of “political correctness” from Mao Zedong and the Frankfurt School’s Marxist theory of “repressive tolerance,” in which viewpoints that diverge from the approved political narrative should be met with intolerance and violent suppression.

Much of this ties to the poisoning of traditional dialectics—the methods of discussion and debate that once allowed us to find truth and common ground in opposing viewpoints. Among the best known of these methods in the West is the Socratic method, in which people of different views and opinions ask and answer questions, and through their discussion are able to widen their understandings and find truth.

It was this system of traditional dialectics that allowed us to have conversations with those who think differently from us, to interact even when we don’t agree, and to maintain a degree of harmony among people of different beliefs.

In today’s forms of debate, however, conversations often quickly devolve into personal attacks. The topic of discussion becomes merely a political tool to accuse people of violating whichever politically correct social issue the topic has latched itself onto.

At the root of this problem, in both political correctness and “repressive tolerance,” is the communist dialectic known as dialectical materialism.

Dialectical materialism is specifically about driving people apart. The purpose is the opposite of traditional dialectics. It aims to drive two sides into conflict with each other and turn people against each other.

This social disharmony is intentional within communism. For Karl Marx and Friedrich Engels, who formed dialectical materialism, the idea that “conflict leads forward” played into their theories of social “evolution.” By creating even more discord and disharmony in society by sharpening the antagonisms between any group they could, this would lend to the “progress” of communism’s deeper goals of destroying morality, culture, and belief.

We can see the effects of this concept in all social movements based on communist theories of struggle that use this warped dialectic, or its current interpretations that include “political correctness” or “repressive tolerance.” In Marxist feminism, we see women struggling against men and families; in social movements such as Black Lives Matter or Occupy, we see groups of people believing the only solution to their problems is the endless struggle against other races or classes; and the list goes on.

Of course, this isn’t to say that wrongdoing doesn’t exist in society. Yet, outside of our abilities to discuss and interact, another key difference between communist beliefs and those of traditional societies is on how we should deal with our problems.

Religions had principles like Christianity’s belief that you should “turn the other cheek” when struck, or Buddhism’s and Taoism’s teaching that hardships are caused by karma from past wrongdoings. Traditional beliefs have also taught social principles of etiquette such as having restraint and good manners even when encountering things we find unpleasant.

There’s a folktale from ancient China that illustrates these principles, about a donkey that fell into a well. It’s very symbolic of how many traditional societies dealt with hardship.

In the story, a donkey fell into a well, and the farmer was unsure of what to do about it. The donkey was crying and making terrible noises, and the farmer, realizing that he couldn’t get the donkey out and that the well would also become unusable, came to the harsh decision that he might as well fill it in with dirt, burying the donkey in the process.

The story continues, saying that when the farmer began pouring shovels of dirt into the well, the donkey’s cries became even more terrible. But after a short while, the cries stopped. The farmer then looked into the well and saw the donkey standing on top of the dirt.

This story is symbolic of traditional beliefs about how hardships can help us to improve: We can either be buried by them, or we can use them to elevate ourselves.