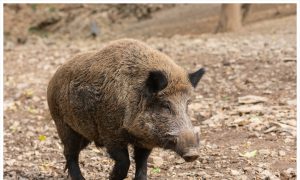 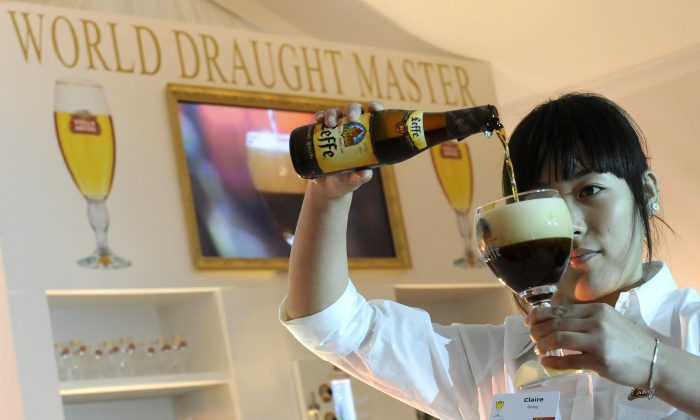 BRUSSELS—A Belgian brewer has made history by introducing the first alcohol-free version of the country’s famed abbey beers, which are characterized by their distinctive taste and strong alcohol content.

The maker behind the world-famous Leffe brand put its new zero-percent blonde beer on sale this month, marking a watershed moment in a sea-change over attitudes toward alcohol, driven by an increasingly health-conscious society.

Belgium’s abbey beers originate from just six ancient monasteries across the country. They are either brewed by the monks themselves or on license from them.

The full-bodied beverages, which are typically around 8-percent strength and are each served in their own distinctive glass chalice, are an icon of Belgium’s culture alongside chocolate, fries, and the cartoon character Tintin.

The move to make an alcohol-free version of one of the best-known abbey beers will alarm some people, but experts say it is a sign of a public that is becoming more aware of its relationship with beverages.

To perfect the new alcohol-free version of Leffe, which is usually 6.6-percent strength, scientists developed a new technique that allows them to remove the alcoholic content from the drink after it has been brewed in the normal way.

That means it retains the trademark strong taste, which is smokey and features heavy fruity notes, making the two products virtually indistinguishable, the scientists say.

Leffe is owned by the brewing giant Anheuser-Busch InBev, which makes a number of the world’s most famous beer brands, including Budweiser, Beck’s, and Corona Extra.

Other famous Belgian makers that specialize in lager and wheat beers, including Hoegaarden, Maes, and the country’s best known, Jupiler, have already branched out into making zero-percent alternatives.

Eoghan Walsh, an award-winning beer writer based in Brussels, said the “cultural taboo” of opting for non-alcoholic options has now been broken, even in Europe’s most beer-mad country.

“There is definitely a trend towards low and non-alcohol beers in the last two or three years in Belgium, at least in the sense that breweries have been brewing more of them, and putting some marketing behind their promotion,” he said.

“That breweries are now producing low and non-alcoholic versions of abbey-style beers whose defining characteristic is a healthy alcoholic content and a full flavor, show they are increasingly confident that the trend is sticking.”

Walsh, who writes the Brussels Beer City blog, explained that brewers are having to “try something different” from their traditional fare to stop losing market share to non-alcoholic rivals.

“For most observers, that’s for two reasons. Firstly low- and non-alcoholic beers have gotten better as the processes to make them have improved, and are better able to compare with traditional beers when it comes to taste—they’re no longer the watered down, tasteless alternative,” he said.

“And second, people are becoming more aware of their alcohol intake—the dry January phenomenon is just one example of this—but still want to be able to have a few beers as they normally would.”

Leffe beer originates from the abbey of the same name, situated in Belgium’s southern French-speaking region of Wallonia.

Monks there first started brewing ale in 1240, but production has now been moved to the university town of Leuven, near Brussels, which is where another famous Belgian beer, Stella Artois, was invented.

“We are proud to have been the first to succeed, thanks to the expertise of our brewers, to produce a non-alcoholic beer that is completely faithful to the quality and authenticity of the beer of Leffe abbey,” AB InBev spokesman Arnaud Hanset said.

The company has predicted that a fifth of all the beer produced in the world will be either non-alcoholic or of low-alcohol content by the year 2025.