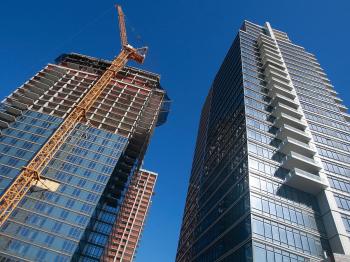 Beleaguered Stuy Town a Precedent for Other Developments

The outlook for owners of rent-stabilized buildings in Manhattan is looking tough if they have been using the J-51 program. Issues that the owners of Stuyvesant Town/Peter Cooper Village and its tenants now face are setting the precedent for thousands of other units.

Both the current owners (Tishman-Speyer and Blackrock) and the previous owners (MetLife) of the 80-acre development were found to have illegally decontrolled and raised rents on thousands of their rent-stabilized units, in a court ruling on Oct. 22.

The issue that the court ruling has raised is not confined to Stuy Town, according to a Deutsche Bank report published Dec. 1. The report says there are thousands of other apartment properties in New York City that have also participated in the J-51 Tax Incentive Program—a program set up to encourage landlords to upgrade properties.

At the heart of the decision was the ruling that rent-stabilized apartments in properties that participate in the J-51 program cannot be decontrolled while they are still receiving a city tax benefit, the report said.

“In our view, the recent Court of Appeals decision is likely to have a significantly negative impact on the New York apartment investment market for several years,” the report said.

Bob Knakal, chairman of Massey-Knakal realty services, agreed, saying that with the decision, the court overturned a program that had been implemented and approved for 13 years.

“And I think that’s a very dangerous thing because in order for commerce to function properly, you need a definite set of rules and guidelines, and we’ve gotten away from that,” he said.

“The extent to which prices drop will be dependent upon how the markets interpret the risk,” he said.

The consortium of Tishman-Speyer and Blackrock bought Stuy Town late 2006 for $5.4 billion from MetLife, the original developers. The financial promise of luxury decontrol was the driving factor for the high price tag, the report said.

Three months after the purchase, a group of nine tenants sued the current and previous owners. Now, the value of the 11,041-unit development is estimated to have dropped to $1.8 billion.

The Deutsche report said the court ruling effectively ensures that all units will be subject to rent-stabilization until 2017.

“However, the current owners have already renovated the units and incurred significant expenses in doing so,” it said. “While all rental units will be subject to rent stabilization going forward, units which were previously illegally decontrolled should be eligible to receive the appropriate amount of rent increases.”

“Who is going to own this now?” she said. “Hopefully not someone as predatory as these ones have been.”

The spokesperson said one of the major concerns facing tenants right now is a cutback on maintenance and security.

“We used to have little carts constantly checking that everything is safe. We just don’t see those carts anymore,” the spokesperson said. “Now the grass is all trod over, there are mud puddles. … It used to be lovely.”

She said there have been cutbacks all year and in the last two weeks she heard that 25 staff were let go.

The Tenants Association is holding a meeting on Dec. 5 to discuss its next steps. The spokesperson did not wish to be named but has lived in the complex for 47 years.

The tenant group sought relief of $215 million for past rent overcharges plus legal expenses, the Deutsche report said.

Knakal said there have already been other lawsuits filed by other buildings’ tenants. “Which doesn’t make any sense because what these plaintiffs will have to do, they’ll have to pay their lawyers, and they’re not going to get an answer for many years,” he said.

He suggested that tenants wait until the court decides what the penalties will be before taking action. “They could be unnecessarily spending their legal fees now.”

“We need rules that are clear and transparent, and this situation is very unfortunate for the marketplace,” he said.

Five of those loans ($940.0 million) are expected to now face the prospect of “declining interest reserve balances, deteriorating fundamentals and what amounts to a freeze on releasing units from rent-stabilization, that in the coming months most if not all of these loans will follow suit and default,” the report stated.