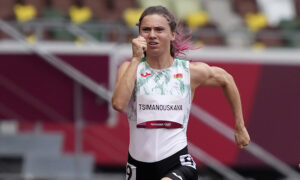 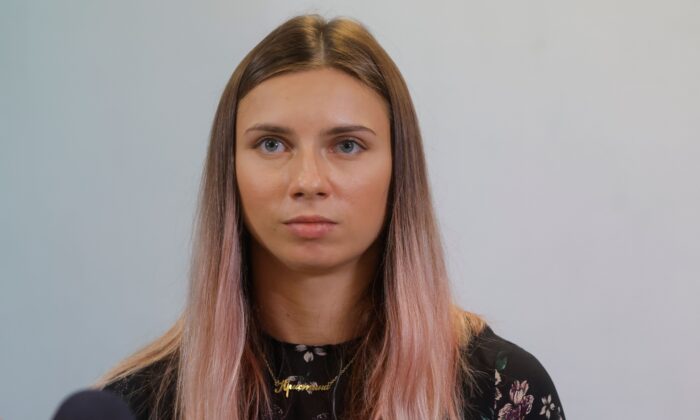 A Belarusian sprinter, who refused to board a flight back to her home country out of fear she would be arrested after publicly criticizing her coaches at the Tokyo Olympics, revealed her grandmother also warned her it was not safe to return.

Krystsina Tsimanouskaya of eastern Belarus has since fled to the capital of Poland instead, where she arrived on Wednesday and has been granted a visa on humanitarian grounds.

The 24-year-old told the BBC that while she was being transported to the airport, she was able to speak briefly to her grandmother, who told her to “not come back” home. She then used her phone to translate a plea and showed it to Japanese police as she tried to avoid being forced onto the airplane.

Tsimanouskaya’s grandmother explained that there was a massive backlash against her in Belarus’s state media, including reports that she was mentally ill. Her parents also suggested she go to Poland.

“She said that I should not go back to Belarus because it was not safe for me there. She said they were saying bad things about me on [state-run] television: that I was ill; that I had psychological problems,” Timanovskaya said.

“I couldn’t believe [that my grandmother would tell me not to come home], but I asked, ‘Are you sure?’ And she said, ‘Yes. I’m sure. Do not come back,'” she recalled. “That was the reason why I went to the police.”

At the airport, she sought help from police, using Google translate to convey her plea in Japanese. At first, they didn’t understand, and a Belarusian official asked what was going on. She claimed she forgot something at the Olympic Village and needed to return. Police eventually took her away from the Belarusian officials.

On July 30, the Olympic athlete posted a message on Instagram that criticized the way her team was being managed, leading to a dramatic series of events.

Tsimanouskaya said the Belarus Olympic Committee (NOC RB) forced her to run in the 4 x 400-meters relay race at the Tokyo Olympics, a distance she had never contested in before, after other athletes were disqualified from the event due to missed doping tests. She publicly criticized the committee’s decision.

The NOC RB announced on Aug. 1 they would send Tsimanouskaya home because of her “emotional and psychological condition,” which the athlete denied, explaining she did not see any doctors.

Her response led to heavy criticism in Belarusian media, with one TV channel describing her as an athlete who “lacks team spirit.” Tsimanouskaya qualified to participate at the 2020 Summer Games in the 100-meter and 200-meter events. She previously won a gold medal in the 200 meters at the 2019 Summer Universiade in Italy.

As her story hit the international media, several countries, including the Czech Republic and Poland, said they are prepared to offer her a visa and protection.

At a news conference in the Polish capital of Warsaw on Thursday, she thanked the people who supported her during the standoff.

“It was the whole world, and these people make me much stronger,” she said, adding that she feels safe now. Still, she expressed concern for the safety of her family back home. Her husband, Arseni Zdanevich, fled Belarus this week shortly after his wife said she would not be returning. Poland has also granted him a visa.

The landlocked country in Eastern Europe is known for relentlessly pursuing its critics. Tsimanouskaya’s case has again put the spotlight on the country, which has been ruled by authoritarian President Alexander Lukashenko since 1994. Last year, nationwide protests over his disputed re-election were violently repressed by the security forces.

In a sign of the lengths authorities are willing to go to silence their critics, Belarusian officials diverted a passenger jet to the capital of Minsk in May and arrested a dissident journalist who was on board.

“I want to tell all Belarusians not to be afraid and, if they’re under pressure, speak out,” the runner said in a message for her fellow Belarusians at the conference in Warsaw.

Tsimanouskaya has called for an investigation into what happened, and the International Olympic Committee said it opened a disciplinary case “to establish the facts” in her case.