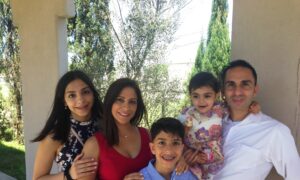 Civil War and Soccer: Coming of Age in Lebanon
0 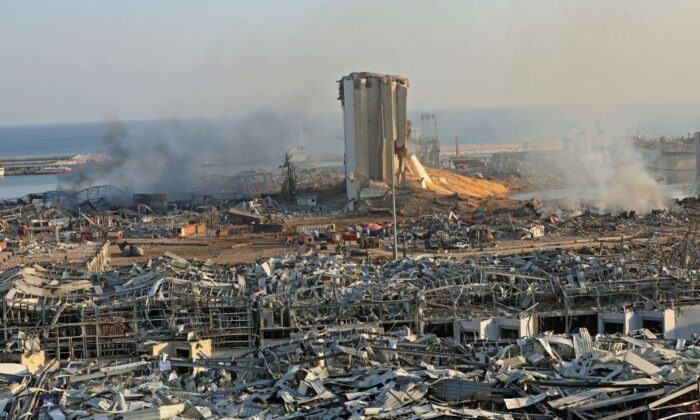 A destroyed silo is seen amid the rubble and debris following yesterday's blast at the port of Lebanon's capital Beirut, on August 5, 2020. - Rescuers worked through the night after two enormous explosions ripped through Beirut's port, killing at least 78 people and injuring thousands, as they wrecked buildings across the Lebanese capital. (Photo by Anwar AMRO / AFP) (Photo by ANWAR AMRO/AFP via Getty Images)
Middle East

The president of Lebanon, Michel Aoun, said there are two possible causes of Tuesday’s blast that killed at least 150 people and leveled neighborhoods in Beiruit: either negligence or a bomb or missile.

“The cause has not been determined yet. There is a possibility of external interference through a rocket or bomb or other act,” Aoun said, describing an investigation into the explosion at a port warehouse, as reported by Al Jazeera TV.

“First, how the explosive material entered and was stored … second whether the explosion was a result of negligence or an accident … and third the possibility that there was external interference,” he said.

Earlier in the week, officials said that hundreds of tons of ammonium nitrate, a highly explosive chemical used in fertilizer, was being stored at the warehouse for several years. But the cause of the fire that sparked the blast is not known.

Aoun also said Friday that he asked France for satellite images to determine if warplanes or missiles were in the area around the time of the explosion, reported USA Today. He also told reporters that on July 20, he received information about the store of ammonium nitrate and “immediately ordered” security and military officials to secure the material, without elaborating. Officials in Lebanon have received warnings about the stored chemicals since 2013, he said.

Earlier in the week, President Donald Trump described the explosion as a “terrible attack,” prompting Pentagon chief Mark Esper to tell reporters that it was likely caused by an accident of some kind.

“I met with some of our great generals and they just seem to feel that it was [an attack],” Trump also said earlier this week. “This was not some kind of a manufacturing explosion type of event—they would know better than I would. They seem to think it was an attack, it was a bomb of some kind, yes.”

On Friday, a top Pentagon spokesman, Jonathan Hoffman, also said that it might not be an accident.

“The situation has been fast-evolving. On Tuesday and Wednesday we saw different information come to light,” he told reporters at the Pentagon. “[Defense Secretary Mark Esper] and the president have been consistent that we’ve reached no definitive cause for the explosion. Information is continuing to come in.”