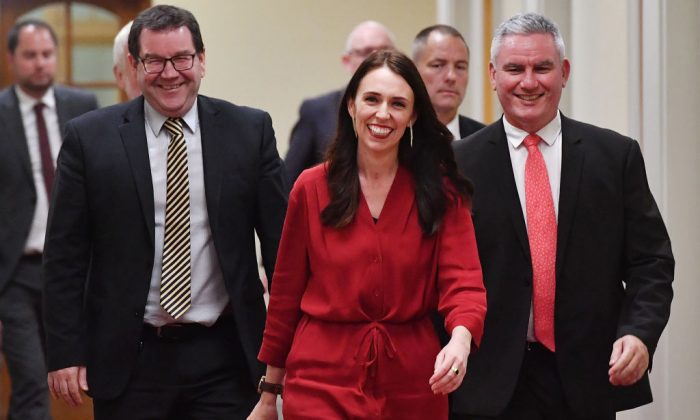 Beijing’s Influence in New Zealand ‘Needs to Be Talked About’

The heads of New Zealand’s security services have urged for a more vocal government response to Beijing’s political influence in their country.

Briefings about New Zealand’s security environment were given to New Zealand leaders but did not identify interfering nations. Experts say that the culprit is the Chinese Communist Party (CCP), reported the Financial Times.

“We think that a wider dialogue with the public, on a regular basis and covering a wide range of national security issues, will support a risk and resilience-based approach to national security by normalizing issues that can often seem quite abstract or removed from most New Zealanders,” said one of the briefings, according to the Financial Times.

Another briefing cited that “activities in New Zealand over the past year have included attempts to access sensitive government and private sector information, and attempts to unduly influence expatriate communities.”

Anne-Marie Brady, politics professor at the University of Canterbury, said that China was certainly the nation mentioned in the security briefing.

“The New Zealand intelligence community is telling the government they have got a problem and they need to deal with it publicly, to put some sunlight on it,” Brady told the New Zealand Herald.

In September, Brady published a research paper that exposed elements of CCP influence in New Zealand. Her findings heightened concerns about political donations and directorships offered to former ministers and relatives.

Brady wrote in an article published by the Lowy Institute that Beijing’s attempts to acquire political influence abroad are widespread and pervasive.

“[Foreign] influence activities (of any state) can only thrive if public opinion in the state being influenced tolerates them,” she wrote.

“You can see the influence of soft Chinese power across Chinese language media here and across business were we have seen a large of deals and also inside both political parties [where there are] candidates who are quite sympathetic” to the CCP’s point of view, Nippert said.

He said there hasn’t been a discussion of Chinese soft power in his country or a pushback against it, as there have been in other nations.

In nearby Australia, there has been recent widespread concern over CCP interference in national Australian affairs. Ongoing media reports have resulted in the Australian government introducing tougher foreign interference laws which have upset the CCP.