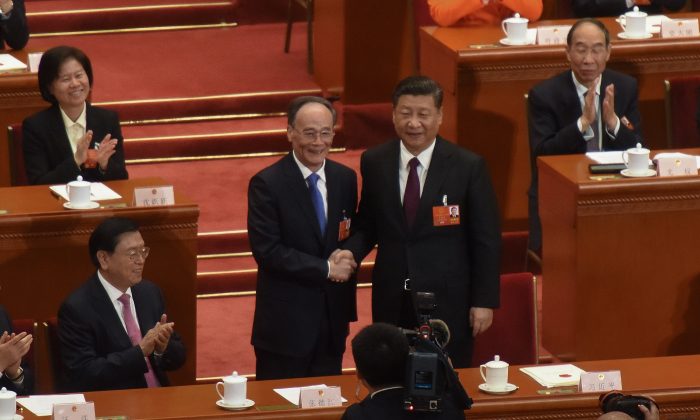 Marxism-Leninism is a poor foundation for social and political legitimacy

When Her Majesty’s subjects in the British Commonwealth rise to sing “God Save the Queen” at a World Cup soccer game, few believe, as perhaps they did 400 years ago, of the divine right to rule of their monarch, Her Majesty The Queen.

During the reign of James Charles Stuart (1566-1625), also known as James VI & I, that the theological basis for the monarchy gained currency, due at least in part to King James’ personal advocacy of the doctrine. In his treatise, “The True Law of Free Monarchies,” King James argued that the divine right of kings in Scotland and later in England was justified as an extension of the apostolic succession.

It was to be expected that James’ descendant, Elizabeth II, would be accorded the high esteem and respect due to a monarch, when she became Head of the Commonwealth and queen regnant of seven independent countries in 1952. After all, this constitutional monarchy is an essential component of the British cultural heritage.

Today, civil legitimacy has largely replaced numinous legitimacy for nation states around the world, with the exception of a few communist countries and those countries where either constitutional monarchy (the United Kingdom) or absolute monarchy (the House of Saud) exists.

To ensure equality, fairness, and justice for all, the United Nations has produced official instruments for member states, such as the Universal Declaration of Human Rights and the International Covenant for Civil and Political Rights. These two international conventions among several others have set the standard for civilized societies and political legitimacy.

Throughout China’s 5,000-year history, rulers from each dynasty sought to legitimate their reigns through the concept of the divine right or the Mandate of Heaven. The emperors were seen as the Son of Heaven until 1911 when Dr. Sun Yat-sen ended the Qing imperial dynasty and founded the Republic of China.

In 1949, the dream among people of the Middle Kingdom of a democratic China modeled after America was dashed when Mao Zedong’s Communist Party overthrew the nationalist government. Mao would nonetheless have to face the issue of political legitimacy for his entire life.

In 1938, Mao famously said, “Every communist must grasp the truth, political power grows out of the barrel of a gun.” An avid fan of Chinese history since his days as a librarian’s assistant at Beijing University in 1918, Mao soon realized upon coming to power that he needed more than guns to stay in power.

Given that Marxism rejects religion and spirituality, Mao couldn’t claim any divine right or Mandate of Heaven to lead the country. Nor could he stake a claim of legitimacy by some other basis. Under communist rule, popular vote or elections at all levels is never allowed.

According to John Locke (1632-1704), an Enlightenment-era political philosopher, “The government is not legitimate unless it is carried on with the consent of the governed.”

Mao’s authority, therefore, did not derive from a democratic system or the will of the people. Rule by man without divine right or the consent of governed via popular vote made Mao feel vulnerable. Hence, Mao conceived Maoism, also known as Mao Zedong Thought, in the 1950s to legitimize his dictatorship.

Maoism is characterized mainly by Mao’s thesis that, in the initial stage of socialism, revolution continues under the proletarian dictatorship. He held, accordingly, that class struggle in the form of political campaigns should be carried out periodically. In so doing, Mao was able through revolutionary fervor to dispose of his political rivals and distract the masses’ attention from societal problems.

Being an isolated communist country, China under Mao operated like an Orwellian society, in which Maoism became the indoctrinated ideology of the masses and was enshrined into China’s constitution as Marxism-Leninism applied in a Chinese context.

When Deng Xiaoping came to power in 1978, he initiated an economic reform called “socialism with Chinese characteristics,” departing from the long-established Maoist path and allowing foreign direct investment in China. Following in the footsteps of Mao, Deng managed to incorporate his “Deng Xiaoping Theory” into China’s constitution to validate his political legitimacy.

To ensure their political legitimacy, leaders of the Chinese Communist Party (CCP) have not hesitated to imitate Deng. Jiang Zemin managed to incorporate “The Theory of Three Represents,” although not his name, into the Constitution. Hu Jintao did similarly with his “Scientific Outlook on Development.” Like Mao, Xi Jinping managed to get his name and his “Xi Jinping Thought on Socialism with Chinese Characteristics for a New Era” into the Constitution.

These attempts by the party leaders to revise the Constitution this way are clearly a sign of their weak political legitimacy.

The contemporary CCP leaders following Mao and Deng have not fought in the revolutionary war that established the People’s Republic of China, nor have they served the party-state with any outstanding accomplishments. These post-Mao era leaders, accordingly, have been even more vulnerable to questions about political legitimacy.

With modern telecommunication tools such as the internet, the world is becoming a global village. This global trend makes the current CCP leaders less secure in the face of the worldwide movement toward democratization.

To be recognized by the international communities, the CCP began in 2014 to host the annual “CCP in Dialogue with World Political Parties High-level Meeting.” According to Guo Yezhou, Vice Minister of the CCP Central Committee’s International Department, some 200 political parties from more 120 countries showed up for the 2017 conference for “enhancing mutual understanding and communication.”

On Sept. 9, 2015, Wang Qishan, current CCP leader Xi Jinping’s top right-hand man, was the first official to address the issue of the CCP’s political legitimacy when he was meeting some foreign delegates, including former South Africa President Thabo Mbeki and former Australia Prime Minister Kevin Rudd. Wang claimed, “The CCP’s political legitimacy comes from history, the will of the people, and the choice of the people.”

Wang’s audacious and unabashed statements invited widespread criticism and mockery from Chinese netizens. One post on Twitter asked, “How do you know the will and choice of the people since we have never been allowed to vote?”

Hu Ping, a New York-based, Chinese commentator, compared Wang’s remarks to a forced marriage without the consent of the other party. Hu Ping further pointed out, “Freedom of expression should proceed the discussion of political legitimacy.”

At Odds With Confucian Virtues

The biggest challenge for the CCP’s political legitimacy, however, lies in its theoretical foundations: Marxism and Leninism—this package is a foreign import that is widely denounced around the world, given the enormous human suffering inflicted by communist dictatorships.

China’s divinely inspired 5,000-year-old civilization is fundamentally at odds with this atheist communist doctrine. The idea of “class struggle” is the bedrock of communist ideology while harmony, virtue, and benevolence are the essential components of Chinese traditional culture.

As professed by Mao, “Communism is not love. Communism is a hammer which we use to crush the enemy.”

Confucius advocates “rule by virtue.” But corruption is rampant these days and has become the basis of upward mobility in society.

According to Caixin financial magazine in China, over 100 million Chinese yuan in cash was found in a coal industry official’s home. If laid out end to end, these bills would stretch 96 miles.

Investigators relied on 16 cash-counting machines to record the haul, each processing 1,000 bills per minute. Four of these devices broke down in the process. Reports of bribery and corruption like this are not uncommon in China today.

The Chinese language, customs, and art forms bear spiritual connotations passed down through many generations.

For instance, the CCP conferences often conclude with the language “Yuan Man” (consummation), but the godless CCP might not even notice that the concept of “Yuan Man,” or consummation, derives from the Buddhist idea of reaching nirvana or the final stage of enlightenment.

In the Chinese language, there are deeper cultural and religious meanings behind those characters. Even the diehard communist propagandists cannot be free from the influence of China’s past!

Confucius opposed party politics. In the “Analects,” Confucius wrote, “Gentlemen can be sociable, but not partisan.” The traditional Chinese word for “party” has the character “dark” built into it, making the word party bear a negative connotation.

In 1954, Mao set up the Chinese Character Reform Commission and the traditional word for party was, not surprisingly, simplified by removing the character “dark” in it. Thousands of traditional characters have been simplified for the revolutionary cause.

Nowadays, in mainland China, one reads or writes the word party in the simplified form, while traditional Chinese characters are still being used outside mainland China in places such as Taiwan, Macao, and Hong Kong.

In recent decades, some Western academics, politicians, and corporate leaders have guiltlessly attempted to help legitimize the CCP in the international communities, for which they are richly rewarded by Beijing.

They attempt to justify the CCP’s political legitimacy using the so-called performance legitimacy, some policy iniatives, or even the “Asia model.”

These voices have essentially helped save the party-state with foreign direct investment and technology transfer in China, enabling this red dragon to slowly grow muscular enough to challenge democracies and attempt to reset the world order today.

One could argue with resounding conviction that had Western societies contained communist China early as they did with the Warsaw Pact, China would have become, by now, an open society governed by rule of law, achieving much greater prosperity as well as being a responsible member of the international community.

The CCP has incorporated all elements from home and abroad that oppose humanity, on a mission to build a totally new “evil empire.” To legitimize such an Orwellian regime amounts to legalizing a criminal organization, perhaps only ten times worse.

Confucius once warned, “An oppressive government is more to be feared than a tiger.”

Churchill also reminded us, “Dictators ride to and fro upon tigers which they dare not dismount. And the tigers are getting hungry.” This is perhaps the very situation in which the CCP leaders are.

The last thing every decent soul should do is lend legitimacy to such a predatory regime, thereby allowing it to chew humanity to pieces. The CCP is illegitimate and always has been, and should not be allowed to exist on this planet.