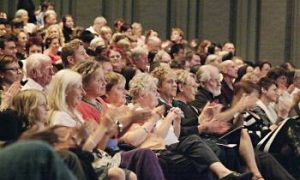 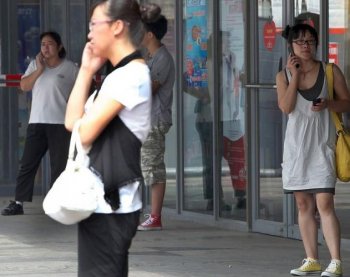 Chinese shoppers chat on their cellphones outside a mall in Beijing on September 1, 2010. Beijing will establish 'an information platform containing locations of Beijing citizens' based on the data obtained by tracking and monitoring China Mobile Limited's 17 million mobile phones in Beijing. (Franko Lee/AFP/Getty Images)
China

According to a March 2 report by Beijing’s Morning Post, the platform is aimed at “planning traffic routing and population management services for the government. It is also expected to develop a database of users' personal business.”

The Beijing Municipal Science and Technology Commission said that the places selected for the first phase are the Huilongguan and Tiantongyuan areas which have a larger population density. It is expected to be completed during the first half of this year.

When the news about monitoring citizens’ whereabouts through mobile positioning was released, people were stunned. “This is not called a mobile phone service, but a mobile grenade,” someone wrote on the Internet.

An article entitled, "Privacy Concerns Heightened by Mobile Monitoring" was published by Tianjin Online, but the article has been deleted from the web site by the authorities.

“In addition to vehicular traffic control, it is also helpful for population management, such as knowing the number of people in a certain area at a certain time. The information obtained by mobile positioning will be exceptionally comprehensive.” said Li Guoguang, Deputy Director of Social Development in for the Commission.

Li claimed that: “In the processing of data we will strictly protect privacy. The information available to the users of the platform is not for individual use.”

Yet privacy concerns have not abated, as seen in an article published in The Beijing News on March 3. The author, Wang Lin, wrote,"The main concern is how secure personal information will be."

Wang believes that another important aspect is that “the cell phone companies will establish a platform of users’ information via mobile phone positioning, which is something beyond the telecommunications services that users can commonly understand.”

“Even if establishing such a platform is really beneficial for public management, it still needs the users’ consent in advance,” added Wang.

An article published by Yangtze Daily on March 3 also expressed insecurity: “It makes people feel uneasy and even afraid. When people go out, it seems they are being monitored, feeling many eyes staring at them all the time.”

Last March, the Beijing Second Intermediate People's Court of Justice heard the largest case of “selling personal information” in the history of the Beijing court system.

In this case, the manager of the Operation Department in Beijing Jing Chi Communication Technology, Xie Xinchong, and other staff members, privately provided the cell location, cell phone owner, and caller list information to a number of investigation companies. They earned 90,000 yuan (approximately US $13,696) by doing that.

Twenty-three people were involved in this case,which increased the public’s concerns about cell phone privacy violation.