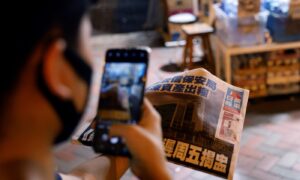 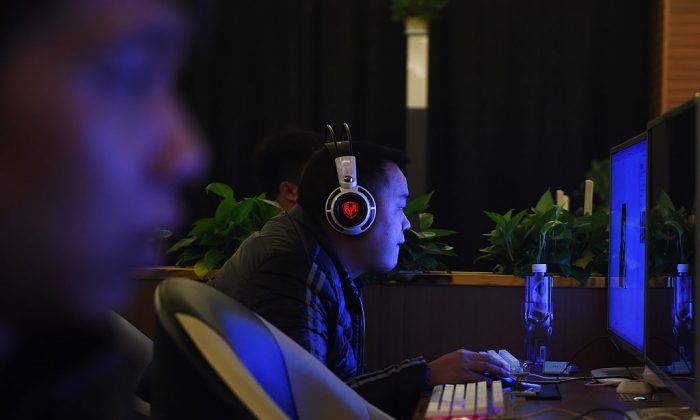 A series of punishments doled out to internet companies and individuals within the span of a month indicate that Beijing is tightening its suppression of free expression online.

The latest crackdown targets 360doc.com, a Chinese site where registered users can create their own digital library and share saved articles and online information with others.

Beijing’s cyberspace authorities, a local branch of the central Cyberspace Administration of China, ordered 360doc.com to halt its operations until Nov. 15, because the site contained information in “serious violation” of Chinese regulations, according to an Oct. 15 article by China’s state-run newspaper Beijing News.

During the one-month shutdown period, Beijing’s cyberspace office demands that the site clean up its content and thoroughly revamp its operation—actions the agency indicated were long overdue, to eliminate “problematic” content, the report said.

The website is run by Beijing Liuzhi Information Technology Corp., a company listed on China’s NEEQ, an over-the-counter system for trading in companies not listed on the Shanghai or Shenzhen stock exchanges. The site doesn’t charge users to register for an account and mainly relies on advertising for revenue.

The shutdown of 360doc.com follows a recent detention of a well-known Chinese blogger by Shanghai police.

Yang Kaili, a 20-year-old blogger with more than 44 million followers, was placed in five-day detention on Oct. 7, after police found a light-hearted performance in one of her live-streaming videos “disrespectful” to the national anthem. In the video, she can be seen wearing a reindeer-antler headset and singing a snippet of China’s national anthem while waving her hands, as if she were conducting an orchestra.

The basis of Yang’s detention is China’s National Anthem Law, which took effect in October 2017: Anyone found to be “deliberately distorting or falsifying the lyrics or music” of China’s national anthem can be subject to up to 15 days without trial.

In announcing about Wang’s expulsion, the university wrote that it was against “any words or actions that are damaging to the reputation of the [Chinese Communist] Party and the country,” and that it would strictly enforce the Party’s education policy, so both teachers and students would “love the Party, the country, and the people.”

Such crackdowns on online speech have increased following Beijing’s enactment of a cybersecurity law in June 2017, which provides a legal basis for the regime to police the internet.

In early October, China’s Ministry of Public Security announced a set of measures that would allow police unrestricted power to search and inspect internet-service providers at any time. This policy allows police to enforce a provision of the cybersecurity law that mandates all internet providers and companies that hold large amounts of Chinese citizens’ data to store their data physically in China.

The shutting down of 360doc.com has drawn the ire of some Chinese netizens on Weibo. A netizen from Harbin, the capital of the northern Heilongjiang Province, wrote that 360doc.com is a good platform that provides “untainted” information. The netizen lamented that the Chinese authorities have shut one of the few channels of information that provide the “truth.”

A netizen from Tibet, with the moniker “Forgotten Land,” wrote that the platform offers information about Chinese history that people don’t usually get to see on the Chinese search engine Baidu. The netizen added, “[Chinese authorities] want to whitewash themselves. They don’t want people to find out about certain things in the past.”

For Chinese internet users, their biggest concern is that the “red line”—the boundaries of which the Chinese regime decides whether online content is offensive or illegal—is always changing, Wang Peng, a Beijing-based artist, said in a recent interview with Radio Free Asia (RFA) about Yang’s detention.

“Any sensitive keywords or sensitive events that are happening, if the authorities believe they can be linked to something else, [they will be] censored,” Wang said. “You never know when you’re going to cross a red line.”