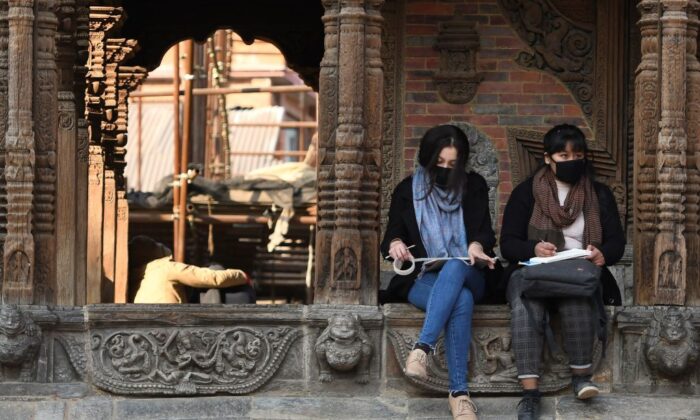 Beijing is not tolerating any criticism of its response to the novel coronavirus outbreak.

The Chinese Embassy in Nepal recently issued a statement lashing out at a local Nepalese newspaper for reprinting an opinion article criticizing China’s response during the novel coronavirus outbreak, making a veiled threat against the paper and its editor-in-chief.

In response, The Kathmandu Post issued a statement condemning the Chinese regime: “We would also like to remind the embassy that it breached diplomatic decorum in doing so…Nepal’s constitution has guaranteed full press freedom, and we are committed to exercising and protecting it.”

On Feb. 18, The Kathmandu Post reprinted a Chicago Tribune op-ed titled ‘China’s secrecy has made the coronavirus crisis much worse.’ The article was written by Ivo Daalder—president of the Chicago Council on Global Affairs and a former U.S. ambassador to NATO.

“We may never know if the spread of the new virus could have been prevented by earlier, concerted action. But the fact that China chose secrecy and inaction turned the possibility of an epidemic into a reality,” Daalder wrote.

Daalder pointed to how Chinese authorities had “cracked down hard on any medical warnings” on China’s social media, giving particular attention to now Chinese whistleblower Dr. Li Wenliang was silenced.

Li, an ophthalmologist, was one of eight whistleblowers who first publicized information about an “unknown pneumonia” outbreak on Chinese social media on Dec. 30 last year. Four days later, he was summoned to a local police station where he was reprimanded for “rumor-mongering.”

Li died of the coronavirus in Wuhan in the morning on Feb. 7 and he contracted the virus when treating a patient.

Daalder added that Chinese authorities had delayed acknowledging the severity of the outbreak in China for weeks, and had not allowed a World Health Organization (WHO) investigating team to enter China until recently.

“Authoritarian political systems don’t do well when confronting unexpected crises, especially those like infectious diseases that require a rapid local response,” Daalder said in a reference to China’s political system.

The reprinted article on The Kathmandu Post was accompanied by an artwork showing former communist dictator Mao Zedong wearing a facial mask on a 100-Yuan banknote. South Korean newspaper The Korea Herald also reprinted the same article on Feb. 17.

Shortly after the op-ed was published, China’s embassy in Nepal issued a statement saying The Kathmandu Post had “deliberately smeared the efforts of the Chinese government and people fighting against the new coronavirus pneumonia and even viciously attacked the political system of China.”

The embassy called out the Post’s editor-in-chief, Anup Kaphle, saying he had always been “biased on China-related issues” and had become “a parrot of some anti-China forces.”

In a veiled threat, the embassy stated that it “reserves the right of further action” against the newspaper and Kaphle.

The next day, seventeen editors of The Kathmandu Post issued a joint statement, saying that they condemn the “disparagement and threats issued by naming any particular editor.”

Freedom Forum, a Nepal-based non-government organization, also issued a statement saying that the Chinese embassy’s statement was unacceptable and “against the mention of press freedom.”

“Ambassador you crossed the diplomatic limitations. This is not acceptable by this country. Vienna convention does not allow you to threat media and Chief Editor [sic],” the former ambassador said.

Ambassador you crossed the diplomatic limitations. This is not acceptable by this country. Vienna convention does not allow you to threat media and Chief Editor. This is democracy Madame. You can use democratic tools for addressing your concern.Democracy is very important for us.

Dinesh Bhattarai, Nepal’s former permanent representative to the United Nations in Geneva, told The Kathmandu Post that “reprinting an article does not qualify as parroting any view.”

In an editorial published on Feb. 19, The Kathmandu Post said the embassy’s statement was about more than the newspaper or its editor-in-chief.

“It is a rebuke to not bite the hand that feeds,” the editorial stated, in reference to Chinese foreign aid to the South Asian country. The aid “comes with strings attached,” it said, adding that the embassy was “testing the waters to see if Nepalis and Nepali society will tolerate this kind of intrusion into values that Nepal holds sacrosanct.”

Beijing’s low-tolerance for criticism about the novel coronavirus was also evident in another recent incident.

On Feb. 19, China expelled three Wall Street Journal reporters for a Feb. 3 column headlined ‘China Is the Real Sick Man of Asia,’ after China’s foreign ministry spokesperson said the article has a “racially-discriminatory title” and discredits the Chinese government.

The WSJ article had questioned whether Chinese authorities were “still trying to conceal the true scale” of the coronavirus outbreak.