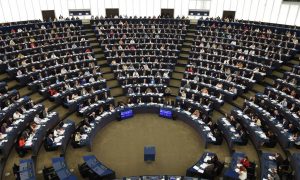 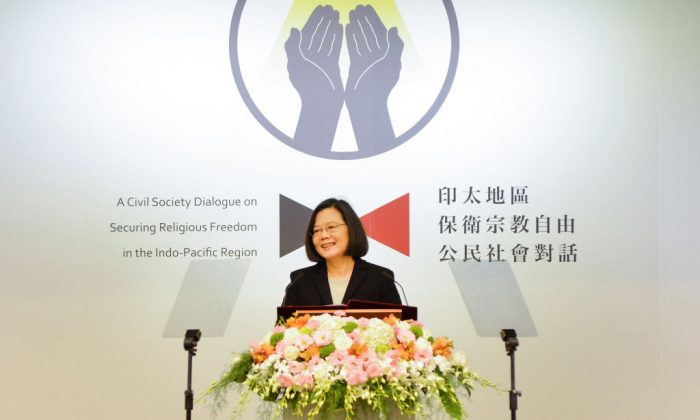 Beijing Sends Message to US, Taiwan with Fighter Jet Incursion

The incursion took place at around 11 a.m. as two Chinese J-11 fighter jets crossed the median line of the Taiwan Strait, according to Taiwan’s Central News Agency (CNA), citing comments from the island’s defense ministry.

In response, Taiwan scrambled its fighter jets to intercept the Chinese warplanes. A 10-minute standoff ensued before the warplanes returned to the Chinese side of the median.

“It was an intentional, reckless, and provocative action. We’ve informed regional partners and condemn China for such behavior,” Taiwan’s Ministry of Foreign Affairs said in a March 31 statement published on its Twitter account.

Alex Huang, spokesperson for Taiwan’s presidential office, said China’s action was a sign of “lacking international responsibility,” while “blatantly trying to destroy the status quo” between the two sides, according to another CNA article.

Huang called on Beijing “not to become an international troublemaker” by carrying “similar acts that are endangering regional peace.”

Relations between the two are fraught, as the Chinese regime considers Taiwan a renegade province, despite the fact that the latter is a de facto independent country with its own elected officials, constitution, military, and currency.

In recent years, Beijing has sent bombers, fighter jets, or surveillance aircraft to circle the Taiwan island, which Taiwan authorities have said are acts of intimidation to the Taiwanese public, pressuring them into embracing the idea of unification with the mainland.

Amanda Mansour, spokeswoman for the American Institute in Taiwan, the de facto U.S. embassy, called on China to “stop its coercive efforts” since these actions are “harmful and do not contribute to regional stability,” in an email to the Asia-Pacific branch of the New York-based broadcaster NTD.

“Consistent with the Taiwan Relations Act, the United States considers any effort to determine the future of Taiwan by other than peaceful means, including by boycotts or embargoes, of grave concern to the United States,” Mansour wrote.

The United States, after severing official diplomatic ties with Taiwan in recognition of Beijing in 1979, has maintained a non-diplomatic relationship with the island country based on the Taiwan Relations Act, passed by Congress and signed into law by former U.S. President Jimmy Carter in April 1979.

Under this law, the United States has continually sold military weapons and equipment to Taiwan for its defense, much to Beijing’s ire.

The last time that Chinese fighters intentionally crossed the median line was in July 2011. At the time, Taiwan was trying to secure the purchase of F-16C/D fighter jets from the United States, according to Taiwanese media. The U.S. administration ultimately decided not to sell the jets to Taiwan.

Beijing was sending a statement to both the United States and Taiwan with the intended military incursion, said Kuo Yu-jen, a professor at the Institute of China and Asia-Pacific Studies of Taiwan’s National Sun Yat-sen University, in an interview with The Epoch Times.

Beijing was responding to the increased determination by the United States to defend Taiwan, as the U.S. Navy has sent warships through the Taiwan Strait six times in the last eight months, according to Kuo. The last time, which occurred on March 24, a U.S. Navy destroyer and a Coast Guard ship sailed through; the U.S. military reasoned that the trip was necessary to ensure a “free and open Indo-Pacific.”

Kuo added that Beijing also wanted to assert itself following local media reports earlier in March that Taiwan intended to procure M1 tanks and F-16V fighters from the United States. Kuo explained that the F-16V jets are a good military option to counter China’s air force.

“This phenomenon is worrisome for joint military defense between Taiwan, the United States, and Japan,” Kuo said, explaining that Beijing has been beefing up its long-range warfare capacities in the Pacific Ocean for years, such as by conducting air refueling training.

If China were to take control of Taiwan, the U.S. Air Force presence would lose its influence in the Pacific region, according to Kuo.

He explained that Taiwan’s east coast boasts several deep sea ports. If Beijing were to succeed in a military invasion, the Chinese regime could station its submarines and other marine assets there, threatening U.S. aircraft carriers that operate in the region.

On March 26, U.S. Republican and Democratic senators introduced a bill, the “Taiwan Assurance Act,” which seeks to deepen bilateral security, economic, and cultural relations between Washington and Taiwan.

One of the bill’s mandates would require the Pentagon to make efforts to include Taiwan in military training exercises.