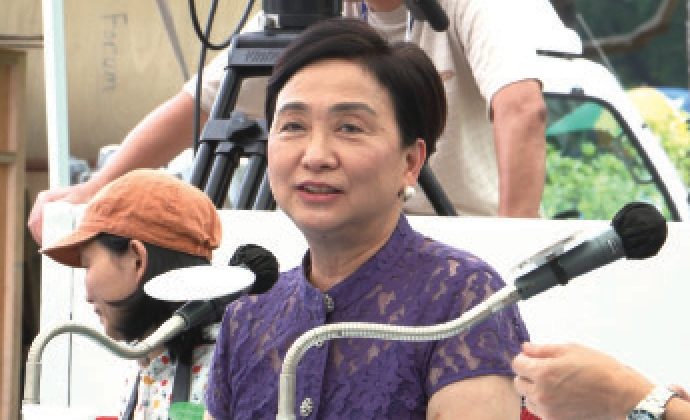 However, the meeting in Hong Kong on Aug. 26 between Hong Kong and Macau Affairs Office deputy director Feng Wei and leaders of the Hong Kong’s Democratic Party, including chairwoman Emily Lau Wai-hing, stirred up another controversy. Since the Democratic Party only announced the meeting afterwards, it was criticized for having a “secret meeting” with mainland Chinese officials.

Lau reacted strongly to the accusation. She said it was a meeting without any specific agenda, and the Democratic Party had truly reflected the opinions of Hong Kong citizens on a number of crucial issues.

Former Central Policy Unit chief Lau Siu-kai sees China’s move as an attempt to transform the Democratic Party into a “loyal opposition.” According to him, a loyal opposition can have contrary views on many issues as long as it upholds three fundamental principles, namely the acceptance of the Chinese Communist Party’s governing status in China, the acceptance of its interpretation of “one country, two systems,” and respect for Beijing’s authority.

Emily Lau rejected any such suggestions outright and said the Democratic Party would not become a fake showcase for democracy.

Nevertheless, Beijing’s move obviously has an intention to pacify those who are considered moderate democrats. The Democratic Party, which supported the 2012 political reform proposal after reaching an agreement with the Hong Kong Liaison Office, is a natural target.

Democratic Party member Tik Chi-yuen was one of three pan-democrats invited to attend the military parade in Beijing on Sept. 3 to mark the 70th anniversary of China’s victory over Japan in World War II.

Ronny Tong Ka-wah, another pan-democrat who was invited to the event, said he had met with Hong Kong and Macau Affairs Office director Wang Guangya and his deputy Feng Wei in Beijing. He said he wanted to narrow the difference between Beijing and the pan-democrats in terms of how China should exercise its sovereignty in Hong Kong.

It looks as though Tong has gained great trust from Beijing and has been endowed with the important task of making peace between the two sides.

No one would want to doubt Beijing’s sincerity in wanting to maintain economic and political stability in the territory. However, after the Umbrella Movement for democracy, Beijing must realize that Hong Kong people have clearly spelled out their demand for a truly democratic system.

Any political party that turns its back on this demand will have to pay the price of losing its mass appeal and support. The Democratic Party is no exception.