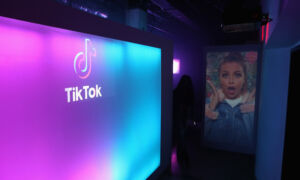 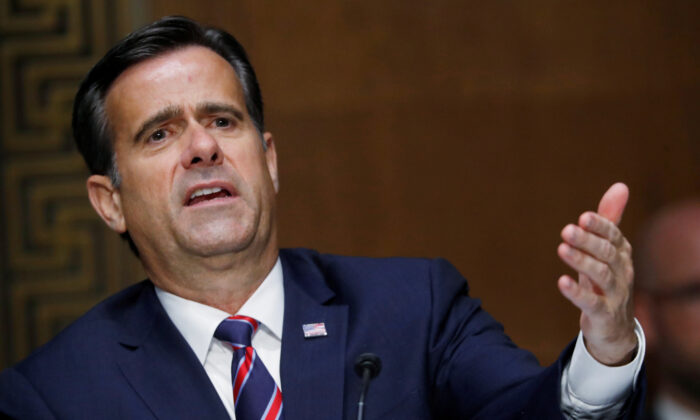 The Chinese regime poses the greatest threat to the United States and the free world, Director of National Intelligence (DNI) John Ratcliffe wrote in an op-ed on Dec. 3, describing the threat as a “once-in-a-generation challenge.”

Ratcliffe, in a commentary published in the Wall Street Journal, said that his role as DNI grants him “access to more intelligence than any member of the U.S. government other than the president,” allowing him a “unique vantage point” in assessing the threat.

“The intelligence is clear: Beijing intends to dominate the U.S. and the rest of the planet economically, militarily, and technologically,” Ratcliffe wrote.

His message is consistent with that of top Trump administration officials, who have repeatedly warned that the Chinese Communist Party aims to replace the United States and become the world’s only superpower. It has used every means possible, from the legal to illegal, and deployed all members of society—from students to state-run companies—to achieve this, officials have said.

Ratcliffe, speaking to Fox News on Thursday, said that people who describe Russia as a greater threat than China are “politicizing intelligence.”

Now that people have voted in the U.S. election, Ratcliffe hopes that “they [officials] will get past politicizing intelligence and be honest about China, and acknowledge that China, and China alone is the greatest national security threat that we face.”

The director said that the Chinese regime is challenging the United States across a whole spectrum of domains.

“All of the threat streams that we have, from all aspects—militarily, economically, supply chain issues, foreign investment, technologically, cyber issues, cyber warfare, 5G, telecommunications— China is in all of those and they are the only country to be in that space and the only country that threatens America supremacy,” Ratcliffe told Fox News.

“This year, China engaged in a massive influence campaign that included targeting several dozen members of Congress and congressional aides,” he wrote.

“China’s leaders seek to subordinate the rights of the individual to the will of the Communist Party. They exert government control over companies and subvert the privacy and freedom of their citizens with an authoritarian surveillance state.”

He concluded: “This generation will be judged by its response to China’s effort to reshape the world in its own image and replace America as the dominant superpower.

“The intelligence is clear. Our response must be as well.”