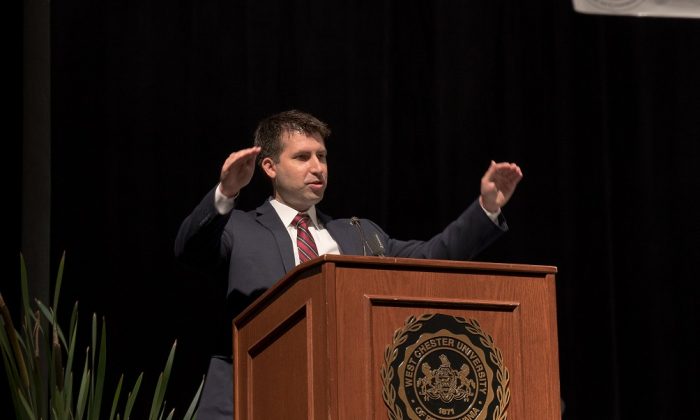 Beijing Plans to Assassinate Taiwan’s President at the Start of War, Expert Says

WEST CHESTER, Pa.–The Chinese regime plans to assassinate Taiwan’s president at the onset of an attack on the island nation, a defense analyst said, based on his reading of the internal writings of Beijing’s military. The assassination could pave way for Beijing to win an all-out invasion against Taiwan, the U.S. expert said.

Ian Easton, a research fellow at the Project 2049 Institute who recently authored a book discussing China’s strategy to invade Taiwan, said that military planners of China’s People’s Liberation Army (PLA) have been instructed since late 2012 to prepare to take back Taiwan by force “sooner or later.”

Although Taiwan maintains a robust military that will put up a considerable fight against any attack, Easton said that his reading of PLA’s internal writings revealed that Beijing has a few cards to play that could dramatically compromise Taiwan’s defense—one of which is to assassinate Taiwan’s leadership at the onset of military hostilities.

“The most important factor is Taiwan’s democratically elected leadership,” Easton said at a Taiwanese-American conference on July 2 in West Chester, Pennsylvania. “The Chinese military has a plan to take out Taiwan’s president in a ‘decapitation’ operation, or assassination, though they don’t say it like that.”

Ian also said that he found plenty of references in PLA internal writings discussing how to “liquidate” those in Taiwan who oppose the Chinese regime’s rule. Beijing’s goal is to turn Taiwan into the next Xinjiang or Tibet, where military rule subjugates the local people, with no opposition or semblance of a different political system allowed, Easton said.

In contrast to the Chinese regime’s one-party dictatorship, Taiwan has maintained a vibrant democracy for decades. Few Taiwanese want to be united with China, and the only viable option for Beijing to annex Taiwan is through force, Easton said.