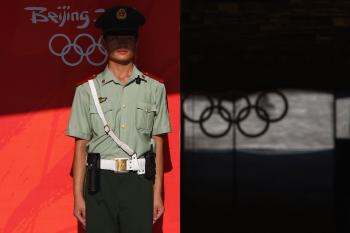 The Olympics have been a great leap backward for human rights in China says a leading human rights organisation.

Ahead of the Beijing Olympics closing ceremony on Sunday August 24, US-based Human Rights Watch (HRW) said that the 2008 Games have wound the clock back in respect to human rights in China.

In the lead-up to the games, HRW monitored and documented extensive human rights violations directly linked to the preparation and the hosting of the games.

Sophie Richardson, Asia advocacy director at HRW said via statement: “The 2008 Beijing Games have put an end, once and for all – to the notion that these Olympics are a ‘force for good,’

“The reality is that the Chinese Government’s hosting of the Games has been a catalyst for abuses, leading to massive forced evictions, a surge in the arrest, detention, and harassment of critics, repeated violations of media freedom, and increased political repression.”

HRW say the opposite has occurred and that the Chinese authorities has consistently violated its Olympics-related human rights commitments.

The press release added that the IOC failed in its duty to ensure that the communist regime fulfilled those pledges.

The Chinese authorities’ campaigns that smothered legal peaceful protests and stifled media freedoms during the Olympics reinforces the need for the IOC to establish a way to monitor the human rights performance and compliance of future Olympic host countries stated HRW.