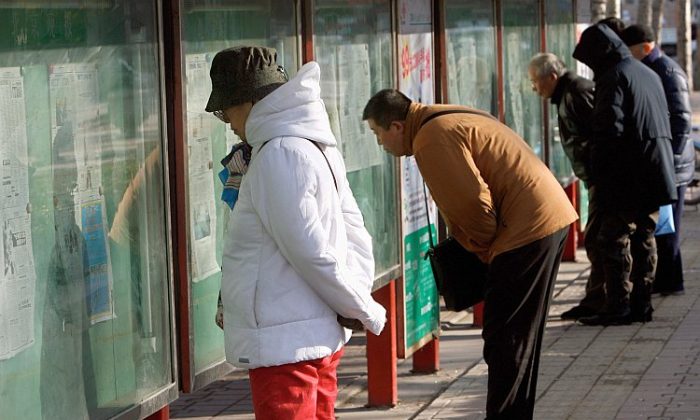 In the stubborn opacity of Chinese communist politics there are few ways for people to know what is going on at the highest levels of power. But for decades, there has been a pretty reliable bellwether: the front page of the newspaper.

This principle was demonstrated in a starker way than usual recently, when the Beijing Daily on March 31 declared that “the general secretary should not be the highest authority over the party’s Central Committee,” and that “collective leadership should be emphasized.”

At the time, Hu Jintao, the general secretary of the Chinese Communist Party, was in Cambodia.

Then, four days later, it reversed itself (Hu had by that time returned). The article about “collective leadership” was deleted from the website, and a prominent editorial was run instead, saying: “Keep firmly in mind the general secretary’s earnest instructions.” This phrase, and “Let’s live up to the general secretary’s earnest instructions” appeared four times in the short 1,000-character piece.

Chinese analysts believe these competing editorials, laying down various political lines, are a way of gauging elite struggle inside the Party’s top circles of power. Since Wang Lijun, the police chief of Chongqing, attempted to defect at a U.S. Consulate in February, and his boss Bo Xilai was sacked, the struggle between opposing factions in the Party has intensified.

The March 31 Beijing Daily article was written by Wang Yunsheng, an associate professor in the School of Marxism Studies of the Renmin University of China. It was titled “When Did Our Party Start to Call Its Supreme Leader ‘General Secretary’?”

Wang cited the Party’s constitution to bolster his point. His editorial argued that, actually, the role of the general secretary is merely “to preside over the daily work of the secretariat and convene meetings inside the Party.”

The fact that Beijing Daily published the piece is significant, analysts think. The Party chief of Beijing is Liu Qi, a member of former leader Jiang Zemin’s faction. Jiang—now apparently on his deathbed—was the champion of Bo Xilai, the now ousted former Party chief of Chongqing, and Zhou Yongkang, the security czar. Analysts think that Liu Qi may have been trying to offer some rearguard ideological support to Zhou through the well-timed editorial.

Liu Qi’s support for Jiang Zemin is shown most prominently in his efforts at persecuting practitioners of Falun Gong, a Chinese spiritual practice. Jiang launched the campaign in 1999, and promoted cadres, like Bo Xilai and Zhou Yongkang, who would carry it out most reliably. He inserted such officials into the Politburo Standing Committee to maintain the campaign and prevent his legacy—the political mobilization movement—from being overturned.

Readers of news on the Chinese Internet noted closely the dueling and contradictory editorials. “I am so confused that my head feels dizzy,” one reader wrote on Sina Weibo.

Wang Xinfeng, a blogger, wrote: “These articles help me realize the so-called rumors about infighting are actually very true.”

Another netizen simply wrote: “A tornado is coming.”