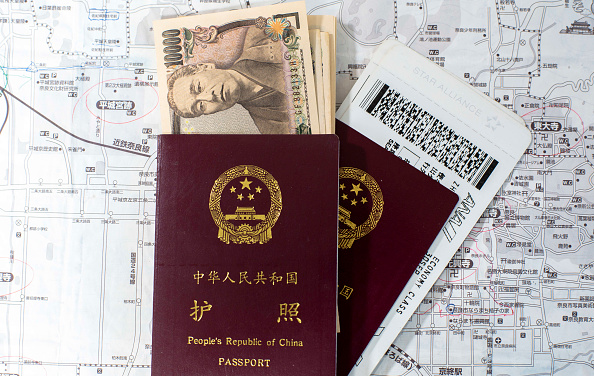 The community committee of a residential district in Beijing has required all residents who have ever lived in other countries to register detailed information to the local Chinese Communist Party authorities.

Residents who fall under the inspection requirement include those who have returned to China after living as an expat in other countries, as well as their family dependants; students who have studied abroad; and others who have returned after working or living abroad. They are required to register with the local community committee office in charge of their residential area—a section of the Wangjing neighborhood in Chaoyang District, Beijing—before Mar. 26, according to a report by Radio Free Asia (RFA).

A community committee member told RFA in a telephone interview on Mar. 26 that they were mandated by their higher-ups to carry out a thorough investigation of all people who had lived in other countries.

The committee member revealed the investigation includes recording their names, birthdates, the locations of where they studied, and which countries they lived in, but declined to give further details.

According to official statistics, the total population of the community is more than 340,000 people, including about 260,000 in the Wangjing neighborhood. The entire area covers 10 square kilometers (approximately 3.86 square miles) and is made up of 22 communities—drawn up by municipal authorities. The committee is required to check on all these residents to determine those who fit the categories for registering.

The new requirement raised concerns among Chinese citizens. Mr. Wu, a Beijing netizen, told RFA that he suspected the regime’s motive. He said that after the Chinese Communist Party (CCP)’s proposed amendments to the constitution were approved by the Party’s rubber-stamp legislature recently, many expressed a desire to emigrate abroad. He suspected that the CCP regime is collecting the information after learning about the potential emigration trend.

Earlier this month, CCP authorities in Shanghai also began monitoring residents who had previously lived abroad. On Mar. 15, the Shanghai Public Security Bureau—essentially a police bureau—issued “Regulations for Permanent Residence Accounts in Shanghai,” requiring those who lived in other countries or who have become nationals of other countries to register with the local police station and cancel their Shanghai household registration accounts, or “hukou.” China’s hukou system is primarily used to differentiate between rural and city residents to limit the kinds of social services they are afforded, the schools they and their kin can attend, and other benefits. This would be carried out beginning May 1.

However, after an uproar among residents, the bureau announced 10 days later that they decided not to cancel the “hukou” of people who lived abroad, the reason being that the regulations have not been clarified yet.