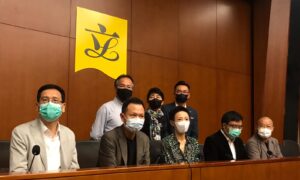 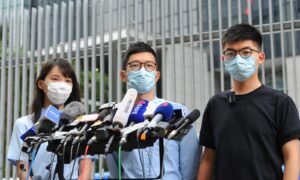 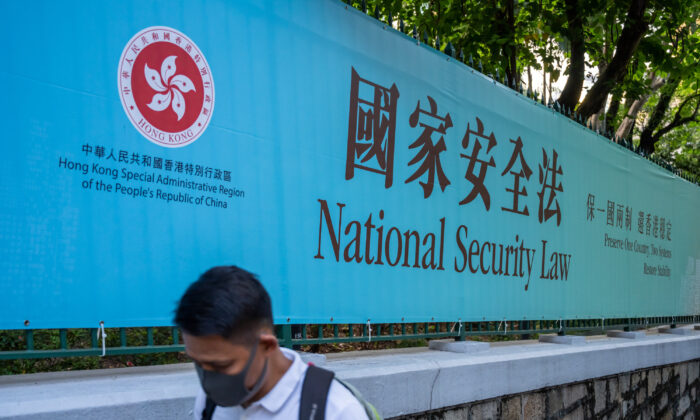 “I, Agnes Chow Ting, announce I am quitting Hong Kong Demosisto today,” began one statement. Demosisto is an activist group that had been at the forefront of the pro-democracy movement’s global lobbying effort.

“I am hereby withdrawing from Demosisto,” reads another statement.

This drip-feed continued throughout the day, as one by one, prominent pro-democracy activists in Hong Kong announced their intention to withdraw themselves from politics or leave the city altogether. The long-dreaded national security law, which has hung over Hong Kong for decades, had finally arrived.

“Hong Kong has become South Shenzhen” remarked one user on a pro-democracy internet forum, referencing the mainland Chinese city that hugs Hong Kong’s northern border. What’s certain is that the law is a death blow to freedom of expression, the right to protest, and the one country, two systems framework under which Hong Kong is supposed to enjoy a high degree of autonomy.

Among the most worrying provisions contained in the legislation is the article that states trials will be held in the mainland for the most serious offenses. The law lists three scenarios where Beijing enjoys jurisdiction: when Hong Kong is “unable to execute” the law, when there is “complicated foreign interference beyond Hong Kong’s control,” or when cases are judged as seriously endangering national security, such that the authorities in Hong Kong “cannot effectively enforce the law.”

Even after the events of the past year, Hong Kong retains a legal system that is among the most respected in Asia, which stands in stark contrast to the legal system in mainland China, a deliberately vague and murky mess in which the only true authority is the party’s will.

Among the most likely targets of a trial in the mainland is pro-democracy media owner Jimmy Lai, who has long been a hate figure for both pro-Beijing supporters and the authorities. Depicted as a cockroach in state-owned media, Lai and his publications have long been a thorn in the side of the Chinese Communist Party (CCP), and there have been reports in recent days that Lai would be arrested on July 1, the first day the law comes into effect.

It’s highly likely the law will target high-profile pro-democracy activists, who are largely at peace with their fate, with Joshua Wong telling a forum last week, “It is not an exaggeration to say that today might be my last chance to speak in public as a free man.”

Meanwhile, Wong’s organization Demosisto has announced it is disbanding. Its leaders would likely be a key target of the fourth category of offense, “colluding with foreign forces,” owing to their regular and highly publicized meetings with prominent U.S. politicians, including House Speaker Nancy Pelosi (D-Calif.), and Sens. Josh Hawley (R-Mo.) and Ted Cruz (R-Texas).

The accusations of “foreign forces” meddling in Hong Kong affairs are farcical at best and truly delusional at worst. Beijing is firmly of the view that hostile foreign forces are orchestrating the protests, with accusations that protesters are being paid with “CIA money” appearing in state-owned media. The best evidence the CCP has been able to muster of this is photographs of Caucasians at the scene of protests, accusing them of being CIA spies, as though the CIA doesn’t employ a single ethnically Chinese staff member who could be present if they so wished.

It’s made even more farcical when one remembers that per the Party’s own constitution, Marxism-Leninism remains the CCP’s primary “guide to action”—and is itself a purely European import.

However, while the law is clearly aimed at ensnaring many of the big beasts of Hong Kong’s pro-democracy camp, the primary purpose of the legislation is not to jail the Jimmy Lais or Joshua Wongs.

Instead, it is to create an atmosphere of terror among anyone in the population contemplating resistance and to smother dissent in the process. As one friend who was elected as a district councilor in the pro-democracy camp’s landslide election victory in November 2019 explained to me: “They will lock up the big fish, no doubt about it. But they will pursue many of the little fish, too. They want everyone in Hong Kong who supports the democratic movement to think, ‘It could be me.’”

Creating that sense of fear among pro-democracy supporters is Beijing’s best hope of defeating the burgeoning pro-democracy movement by any means other than by declaring martial law—a definite possibility if frontline protesters are further radicalized and begin to render the city ungovernable.

Another key objective of the legislation is to create a pervasive state of self-censorship that permeates across the whole of Hong Kong society. For example, journalists and reporters are more likely to think twice when writing about politically sensitive topics when a possible life sentence hangs over your head.

However, any effects of the law felt by members of the press will likely be eclipsed by that felt by the activists themselves. Local media outlet HK01, citing sources, reports that anyone waiving pro-independence flags or chanting pro-independence slogans at future protests will be committing a crime under national security law, likely under the crime of secession.

July 1 marks the anniversary of the handover of Hong Kong, a seminal date in the city’s political calendar and traditionally marked by a huge pro-democracy protest march. It’s possible that arrests and charges under the new law could begin in the next 24 hours. It’s certainly no accident that the authorities rushed to enact the legislation just one hour before the anniversary commenced.

All eyes in Beijing will now be on the response by the international community. Citing the risk of  “sensitive U.S. technology [being] diverted to the People’s Liberation Army or Ministry of State Security,” U.S. Secretary of Commerce Wilbur Ross announced June 29  that Hong Kong’s special trade status had been revoked. Responding to the law’s passage, Secretary of State Mike Pompeo remarked that the United States would not “stand idly by” as Beijing brings the city into its “authoritarian maw,” adding in his press conference earlier today that Hong Kong had become “just another communist-run city subject to the party elite’s whims.”

Meanwhile in London, Foreign Secretary Dominic Raab confirmed to the House of Commons that the UK will proceed with offering around two-thirds of Hong Kong’s population a path to British citizenship now the national security law has been enacted. He did not, however, elaborate on the  “further action” he previously promised if Beijing were to press on with passing the law, though this may follow in the coming weeks. A growing number of China hawks in the Conservative Party—not to mention the people of Hong Kong—will be watching him to see if he will be true to his word.

But on the ground in Hong Kong, such measures would do little to change the predicament the city’s pro-democracy movement finds itself in. Whilst international support and possible future sanctions could alter Beijing’s behavior, the reality is Hong Kong’s young throngs of pro-democracy activists find themselves battling alone with a superpower.

They are under no illusions about this. As one longtime friend and demonstrator said to me a few days ago, “There will be no U.S. Marines joining us in Causeway Bay next week,” referencing a popular shopping district and the meeting point for the start of many mass marches.

With the dreaded law now on the statute book, the ball is firmly in the protestors’ court. How they respond in the next few weeks may well determine the fate of Hong Kong’s democratic uprising.

Jack Hazlewood is a student and activist based in London. He previously worked for a localist political party in Hong Kong, and served as a field producer for the conflict journalism outlet Popular Front’s documentary “Add Oil,” which followed frontline protestors in Hong Kong in the run-up to China’s national day in 2019.