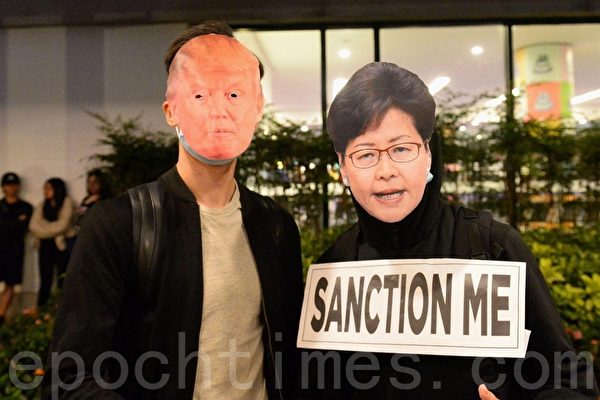 A source close to high-ranking Chinese officials said that Communist Party leader Xi Jinping was dumbstruck by the landslide victory of Hong Kong’s pro-democracy camp during the city’s district elections. Hong Kong’s Chief Executive Carrie Lam was confident that the pro-Beijing camp would “definitely win,” thus allowing for the elections to be held as scheduled.

The insider, who chose to remain anonymous, spoke to the Chinese-language Epoch Times on Dec. 3. He said that officials from the Hong Kong Liaison Office, the Hong Kong and Macau Affairs Office (Beijing’s two main bodies handling Hong Kong affairs), and Carrie Lam all misjudged the situation and reported to the central authorities that the local elections should take place.

“In particular, Lam was the most resolute among them. She said the protesters would have to accept their defeat after the elections, and would then have nothing to say,” the source said.

“Now the result is the opposite of what Beijing had hoped. Until today, Chinese authorities have not come up with any appropriate plan to respond to the election results. The shock is so great that right now within the top leadership, it’s still a total mess.”

The Nov. 24 Hong Kong District Council elections, the first round of local elections after the protests started in June, served as a gauge of public sentiment about the pro-democracy protests.

Among a total of 452 seats in 18 districts, democratic candidates secured 388 district council seats, while the pro-Beijing camp won 59 seats.

With Hong Kong residents turning out in record numbers to cast their votes, the huge victory of the democratic camp indicated to Beijing that the majority of Hongkongers support the pro-democracy protesters and condemn the authorities’ handling of the protests.

The source said that Lam gave two reasons why she insisted that the elections be held as scheduled.

“First, canceling or delaying the elections would incur international criticism, as well as many other negative outcomes. Second, Lam thought the majority of Hong Kong citizens wanted to restore their normal life and were growing tired of the protests. So she believed that most Hongkongers would vote for the pro-Beijing candidates.”

Except for a few independent media groups in Hong Kong such as Apple Daily, The Epoch Times, and Stand News, a large number of Hong Kong publications have repeatedly advocated pro-Beijing views—they try to convince their readers that the protesters are the root cause of violence and that the majority of Hongkongers are against them.

In mainland China, the state-run media even fabricate stories, with Hong Kong police portrayed as patriotic heroes and protesters denigrated as “rioters.”

According to the source, on the day of the election, the Hong Kong Liaison Office sent people to all polling stations in the morning. When they heard that many senior citizens were at the polls, they reported to Beijing that the pro-Beijing camp would definitely win, because they believed that most seniors disapprove of the protests.

“Some Western media disclosed that at least seven Chinese state-run media, including Global Times, had prepared a report to celebrate the victory of [pro-Beijing] candidate Junius Ho Kwan-yiu before the final results came out. They really did that, and it was because Beijing had believed most seniors were their supporters,” he said.

When the democratic camp claimed victory, the Chinese authorities decided to keep mum on the topic. “They were completely at a loss,” the source said.

Chinese officials are dissatisfied with the Liaison Office’s handling of the Hong Kong protests. Reuters has previously reported that Beijing plans to replace the head of the Liaison Office, Wang Zhimin. The insider told The Epoch Times that Wang may be subjected to disciplinary punishment, and Beijing is now looking for a candidate to replace him.

“Most likely, instead of promoting a Chinese official already in the Hong Kong system, Beijing will choose a fresh person from outside of Hong Kong,” he said.