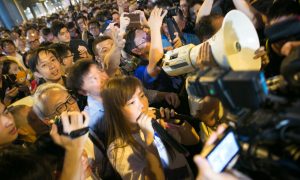 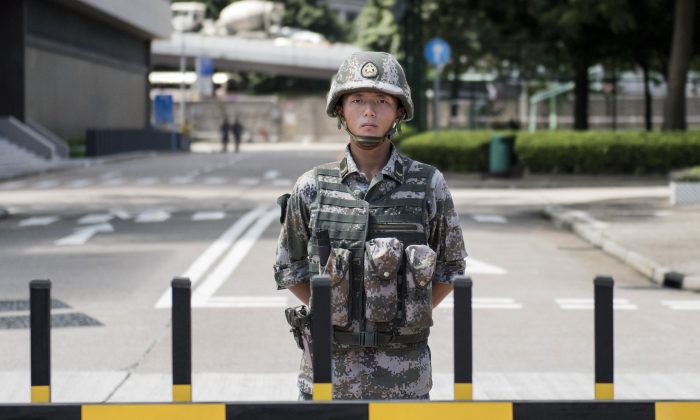 This article is republished from Hong Kong’s Chengming magazine. Chengming has a track record of breaking important stories involving the Chinese regime. As with this article, the magazine often relies on anonymous sources inside the Chinese Communist Party.

At a Hong Kong and Macau Affairs Office meeting held on Sep. 15, Zhang Dejiang, Politburo Standing Committee member and National People’s Congress Standing Committee chairman, claimed that by order of the Politburo, the “one country, two systems” status quo between Beijing and Hong Kong would be terminated should the situation become critical.

“If the situation cannot be controlled, Hong Kong’s ‘one country, two systems’ special status will be terminated,” Zhang said.

“The authorities have not had one peaceful moment since day one of Hong Kong’s return to China,” according to Zhang. “Political troubles occur one after another due to the instigation and support of foreign powers and anti-communist international organizations. These people are intent on things like ‘bringing about regime change and returning government to the people,’ ‘resisting communist takeover,’ ‘letting people in Hong Kong make decisions’ and ‘universal uprising.'”

“Beijing has prepared comprehensive deployment plans for the worst-case scenario in Hong Kong. If the situation cannot be controlled, Hong Kong’s ‘one country, two systems’ special status will be terminated,” Zhang said.

Six Conditions for Imposition of Martial Law on Hong Kong

At the meeting, Zhang announced the strategies set by the Central Military Commission of China’s State Council. The Hong Kong Garrison of the People’s Liberation Army (PLA) will be ordered to impose martial law under the following circumstances:

1. Large-scale political disturbances erupt and paralyze the government of the special administration (Hong Kong) and the police cannot maintain social order. Approval from Beijing will be required.

2. Foreign political interests openly join and lead the local political powers. The special administrative government has lost control of the situation which escalates to include all of Hong Kong demanding autonomy from the central government.

3. Large-scale armed riots erupt and lethal force is used by the crowd. The crowd fails to disperse after police warnings are issued.

4. The crowd attacks or occupies the Liaison Office or the Office of the Commissioner of the Ministry of Foreign Affairs in Hong Kong and fails to disperse after police warnings are issued.

6. Crowds attack the airport, ports, checkpoints, or other transportation hubs and fail to disperse after police warnings are issued.