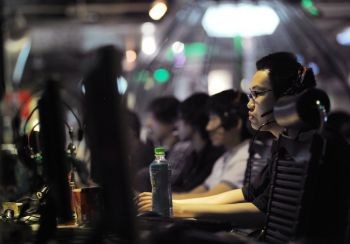 Businesses in Beijing that offer wireless Internet, such as coffee shops, hotels, and bars, must now install user monitoring software, the Communist Party’s Public Security Bureau has decreed. The cost—20,000 yuan or US$3,000—is to be footed by the businesses themselves.

An online Chinese language news portal, 163news.net, reported on July 27 that Beijing resident Ms. Wang found on the previous day that a coffee shop she frequents in the Dongcheng district has stopped providing Wi-Fi free of charge. Inside the shop, there’s also a notice posted by the Public Security Bureau indicating that “network providers cannot offer free wireless internet.”

The owner told her that in the week before July 1, the local police station distributed a document to schools and hotels, indicating that places offering wireless connectivity are required to install a “safety monitor” program before enabling Wi-Fi, otherwise, all free wireless provided to customers will be cancelled. Because of the costs, the owner decided to no longer offer wireless in the shop.

When contacted, the provider of the monitoring software, Shanghai Rain Man Software Technology Development Co., stated that the company named the program “Wi-Fi Providers’ Security System.” Over the past month or so, businesses offering wireless in Dongcheng District, Xicheng District, and Haidian District in Beijing have already installed the company’s product. After installing the software, users’ browsing logs will be saved for 60 days.

The company said that the program’s primary aim is to target criminals, though many doubt this in the highly politicized context of Chinese Internet surveillance practices.

On July 26, the manager of a bookstore in Dongcheng District told a reporter with 163news.net that a month ago she was asked to attend a meeting at the local police station. When there, she received documents indicating that all providers of free wireless need to install the monitoring program. If the providers don’t install the program, they will not be allowed to offer Internet services.

Deflecting suspicion that the cost includes a markup, police said they will not benefit financially. After its roll-out in Beijing, the monitoring software will be extended to the rest of China.

China’s ruling Communist Party has been unnerved over the past year by the success of “Jasmine Revolutions” in North Africa and the Middle East. Connectivity via the web and cell phones has been regarded as a major factor allowing dissidents to quickly mobilize. In China itself, many local conflicts between the people and police have been quickly spread via microblogs and cell phone video, emboldening the people to report injustices or the true facts of disasters.