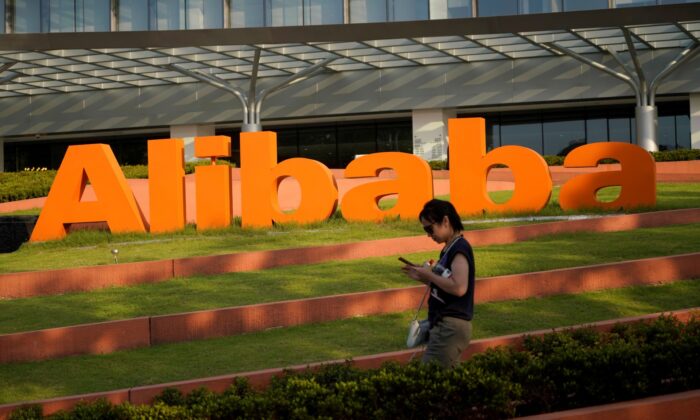 The logo of Alibaba Group is seen at the company's headquarters in Hangzhou, Zhejiang Province, China, on July 20, 2018. (Aly Song/Reuters)
China Business & Economy

Two Chinese companies founded by billionaire Jack Ma have come under Chinese regulators’ scrutiny, including with the launch of an antitrust probe.

On Dec. 24, China’s State Administration for Market Regulation announced on its website that it has launched an investigation into e-commerce site Alibaba over its monopoly practices, such as a policy that forces merchants to sell products exclusively on Alibaba and prevents them from selling on rival platforms.

The four regulators will “urge and guide” Ant Group to comply with regulatory requirements, including “financial supervision, fair competition, and consumer protection,” said the PBOC, China’s central bank, in a statement.

Ant Group acknowledged having received a meeting notice from Chinese regulators, in a statement posted on its Weixin social media account. The company added that it will “study and strictly comply with all regulatory requirements.”

Alibaba also acknowledged the antitrust investigation in a brief statement on its Weibo social media account. It said that it will “actively cooperate with the regulators on the investigation.”

On the New York exchange, Alibaba plunged 13.8 percent to a near six-month low.

The news also pulled down U.S.-listed shares of other Chinese companies like Baidu and JD.com.

Fred Hu, chairman of Primavera Capital Group in Hong Kong, an Ant investor, said global markets would watch to see whether the moves were “politically motivated” and whether regulators targeted private but not state monopolies.

“It would be a tragedy if the antitrust law should be seen as ‘targeting’ successful private tech companies only,” he said.

Ant Group was previously caught in the Chinese regime’s crosshairs on Nov. 2, when the four regulators met with Ma and two senior executives of Ant Group. A day later, Ant Group’s highly-anticipated initial public offering (IPO) in Shanghai and Hong Kong was suspended.