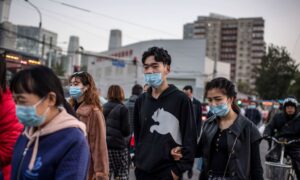 Student: College in China’s Xinjiang Under Lockdown for Over 6 Months Due to Pandemic
0
Share Now
FacebookTweetParlerEmail
Copy Link 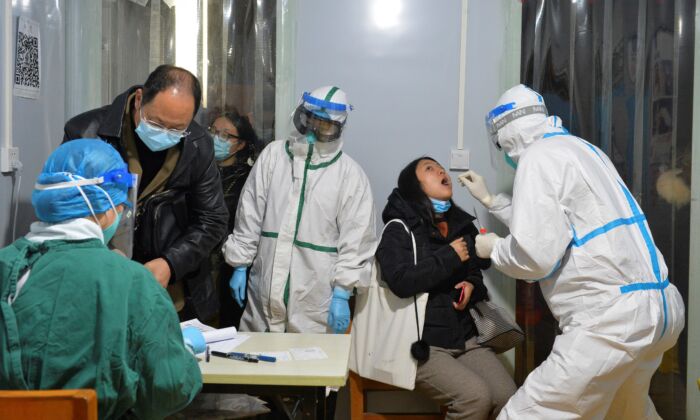 The capital of Beijing is on alert following a new COVID-19 diagnosis, as regions across China are seeing the disease resurface.

It is difficult to assess the true scale of the outbreaks due to the lack of transparency from Chinese authorities.

He arrived in Beijing via Hong Kong. He did a 14-day self-quarantine, during which he tested negative. But after he checked out, he began to develop a fever and diarrhea. On Dec. 14, he tested positive, according to authorities.

An epidemiology survey found that he had at least 177 close contacts.

Three cities in the province have already gone under lockdown since last week.

Dalian authorities said on Wednesday that the newly discovered infected persons were all workers from Yidu Group, a local cold chain logistics company.

At present, officials have not disclosed close contacts of the new cases and their whereabouts within the past 14 days.

Meanwhile, in southwestern Sichuan Province, two hotels went under lockdown after a guest who stayed there tested positive on Dec. 14.

The patient, surnamed Gao, is a Sichuan Airlines pilot. During his self-quarantine period, he traveled to Jiangyou city to attend a wedding party with 300 other guests, according to local media reports.

All who stayed at the two hotels around the same period are now required to take COVID-19 testing.

The residential complex where Gao lives is now sealed off, and no delivery couriers are allowed inside.

Since Dec. 7, when more than a dozen domestic cases were confirmed in the Sichuan capital of Chengdu, the province has been under lockdown.

But the stay-in policies and travel restrictions sparked anger among locals.

“Just blockade. No entry or exit. They [government staff] don’t care a fig if you’re alive or dead. They’re so rude and treat you like animals,” said Xiao Liang (alias), a Chengdu resident, told The Epoch Times in a Dec. 14 interview.

A local wholesale dealer said all local markets were now closed, and they were all staying at home.

Another resident who lives near Xihu Street in Chengdu said that her and her neighbors all took nucleic acid tests.