3
Wife Stands Off With Hospital to Keep Her Husband Alive, and Wins
14hr
sharecomments 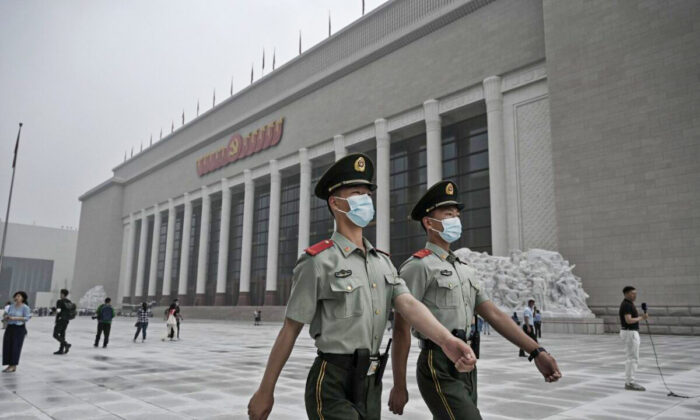 Beijing Kills Holiday Spirit as It Tightens Grip on Society

China cancelled Christmas this year, claiming that it was damaging traditional Chinese culture, and warned its people to avoid Western influence. This is just the latest step in Chinese leader Xi Jinping’s new policy of tightening social control, while turning China inward.

Christmas celebrations first became popular in the 1990s, largely among young people. The main catalyst was the English teaching centers, as Christmas was never celebrated in Chinese public schools. Many Chinese people usually begin attending English lessons as young as 3 or 4 years old and, thus, by the time they start high school, Christmas has become a regular feature of their childhood.

For the vast majority of Chinese, Christmas was never celebrated as a religious holiday. Instead, it focused on Santa Claus, and children decorated trees, sang songs, and received presents. As college students and young adults, this generation who grew up celebrating Christmas held parties and shopped.

In some years, the Chinese Communist Party (CCP) encouraged commercial Christmas celebrations, because of the boost they gave to the economy. In other years, fearing the foreign influence and loss of control, the CCP would restrict Christmas festivities.

Since the beginning of the U.S.-China trade war, local governments have been directed to ban large Christmas celebrations. In most years, however, shopping malls and stores were permitted to put up decorations and to hold festive sales promotions.

This year, however, Christmas was banned—even in places of worship. A government edict prohibited teachers and students from “organizing any celebration event of this Western festival.” In Nanyang, government officials told the local shopping mall that it had to take down decorations. In Lanfang city, Christmas performances were cancelled. And in other cities, banners and lights were removed from public spaces.

CCP members were discouraged from attending Christmas parties, instead being instructed to act as “models of adherence to Chinese traditional culture.” Citizens were urged to turn people in who violate the Christmas prohibition rules.

Banning Christmas is just one more example of Xi’s increased restrictions on civil society. But this seems counter to his general strategy of creating a consumer culture and relying on consumption, rather than exports, to drive the Chinese economy.

The Party issued a document that states, “The day ‘Christmas’ or ‘Holy Night‘ … is imbued with deep Western religious culture,” alleging that “some Western nations rely on their advanced technology and culture to spread their values and lifestyle in China, attracting our young people.” The document encourages citizens to promote Chinese culture and to avoid Western culture.

The CCP had already effectively closed down the English tutoring centers, which were the primary purveyors of Christmas. Under one of Xi’s many new rules restricting civil freedoms, such tutoring centers were barred from accepting foreign investment and from earning profits. Large chains were shut down such as VIPKid, which at one point was valued at $3 billion, employed 90,000 teachers, and had nearly 1 million Chinese students.

Closing down private English tutoring centers will greatly reduce the number of children exposed to Christmas, guaranteeing that the custom will eventually die out. The CCP is also preventing Chinese children from learning English. This will make them less capable of earning a living or studying abroad in the future. Additionally, a lack of English skills will be one more impediment, preventing new ideas from entering China.

As the country turns inward and foreign culture is being discouraged, nationalism is being promoted through the media. The patriotic Korean war movie, “The Battle at Lake Changjin,” has been one of the largest blockbusters in Chinese cinema history. So far, the film has earned $905 million, only losing out to “Spider-Man: No Way Home” and “No Time to Die.” The film depicts the heroic sacrifices made by the Chinese troops who single-handedly defeated the Americans during the Korean War, liberating Korea from the grips of capitalism. Social media opinion leaders called for the Chinese people to forgo celebrating Christmas as a tribute to the suffering of the soldiers depicted in the film.

Promoting Chinese blockbusters will help to discourage viewers from seeing American movies. CCP propaganda will no longer have to compete with conflicting ideas and information from abroad. And this may help to recruit young people to join the Communist Party, which was struggling for new recruits just a few years ago.

In this second Cultural Revolution, Xi has positioned himself as the savior of both the Chinese culture and the CCP. He may also be the man who killed the goose that lays the golden eggs, as his policies caused the economy to slow.