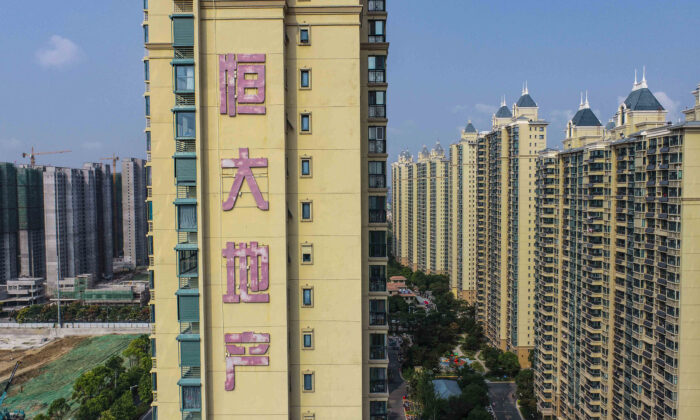 A Chinese state-owned firm stepped in to buy a stake in a regional bank from China Evergrande Group in a bid to limit the potential fallout from the debt crisis at the country’s largest property developer.

Evergrande agreed to sell a 20 percent stake in Shengjing Bank co to the local Shenyang government for 10 billion yuan ($2.13 billion), with the bank demanding that all proceeds go to settle debts owed to it by the developer, according to a Sept. 29 statement to the Hong Kong stock exchange.

The sale highlights the mounting pressure on the developer to pay back its massive debt liabilities, north of $300 billion. Evergrande has missed two bond interest payments in the past two weeks, bondholders have said.

Meanwhile, it remains to be seen whether Chinese authorities will step in to bail out the company in the event of a default.

On Sept. 28, Chinese state media said that Beijing had instructed local governments to handle Evergrande’s debt crisis in an interview with an insider who works in a regulatory agency over construction in an undisclosed province. The central authorities proposed that “Whoever is the parent should come get his or her child,” meaning Evergrande’s problems in different regions—including unfinished projects, debts to suppliers, and debts to investors—should be tackled by local governments. The priority is to complete Evergrande’s unfinished constructions, to assuage the anxiety of home buyers.

This kind of solution, “whoever is the parent should come get his or her child,” has been adopted before to resolve complex issues. In 2016, when the State Council of the CCP dealt with Internet financial problems, it formulated a set of rectification plans based on this method.

With regard to the method of having local governments handle complex national issues related to their respective regions, Hong Kong-based finance and economics columnist Liao Shiming shared his views with The Epoch Times.

“Shengjing Financial Holdings purchased some of Evergrande’s equity, and it is probably one of the few high-quality assets for Evergrande, but Evergrande has no right to decide what to sell, how much to sell, and how to sell. It is very likely that Evergrande will be split in the process,” Liao said in an interview on Sept. 30.

He believes Beijing’s main concern is social stability, as the fall of Evergrande involves too many victims. “The CCP asks local governments to handle the problems incurred by Evergrande, in order to avoid social unrest,” Liao said. “As to how the local governments will handle these problems, the central authorities do not care. Many outsiders think the CCP will try to rescue Evergrande and help to repay its debts. That is not true, as can be seen from the CCP’s ‘each parent takes his own child’ policy.”

“The logic was still planned economy … and it is ‘mission impossible’ for local officials,” he said.

In today’s China, not many local governments are in a position to “take his own child” as Shenyang does.