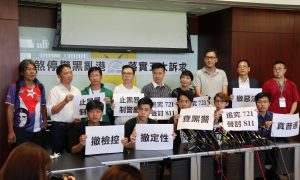 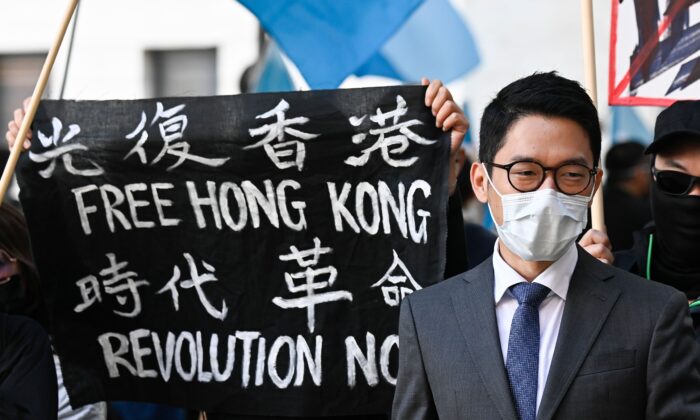 Analysts say the CCP has completely betrayed its promise to leave Hong Kong unchanged for 50 years, with the CCP turning the “one country, two systems” agreement into a one-party dictatorship.

The Chinese authorities organized a forum discussing “one country, two systems” on June 12. Luo Huining, Director of the Liaison Office of the Central People’s Government in Hong Kong, stressed that in Beijing’s view, the governance of the CCP is the premise implementation of “one country two systems,” and anyone who opposes one-party rule is the “enemy of Hong Kong who seeks to undermine Hong Kong’s stability and prosperity.”

Beijing has been eroding Hong Kong’s autonomy by introducing a series of new laws, such as the national security laws and the extradition bill, to make it easier to punish dissidents and protesters in Hong Kong.

On Feb. 13, 2019, the Hong Kong government proposed an extradition bill, the Fugitive Offenders and Mutual Legal Assistance in Criminal Matters Legislation (Amendment) Bill 2019, which would allow criminal suspects to be extradited to mainland China to face trial.

With the government ignoring many their calls to keep Hong Kong society independent from the regime in Beijing, millions of Hong Kong residents took to the streets on June 12, 2019, to protest the bill. They were met with a police crackdown.

A year later, Beijing imposed its national security law on the city on June 20, 2020. The Hong Kong National Security Law stipulates that anyone who “violates” this law at any place in the world may be extradited to mainland China when they visit or return to Hong Kong.

U.S.-based China expert Ji Da told The Epoch Times that the CCP officials in Hong Kong chose to mark the two-year anniversary of Hong Kong’s anti-extradition movement as a way to imply that the government sees anti-extradition protests is anti-CCP action.

“Luo Huining’s official title is equivalent to Party boss of Hong Kong. This time, he openly declared that a slogan some Hongkongers have been using, ‘End the One-Party Dictatorship,’ violates the basic law. That means any anti-CCP action in Hong Kong constitutes a violation of the law,” Ji said.

According to the CCP’s mouthpiece Xinhua News Agency, the forum was jointly organized by the Hong Kong Central Liaison Office, the Hong Kong National Security Agency, the Office of the Special Commissioner of the Chinese Ministry of Foreign Affairs in Hong Kong, and the Hong Kong Garrison.

Ji said the meeting showed that the attendees are actually the CCP’s governance team in Hong Kong.

“Carrie Lam is basically the Mayor of Hong Kong, and the director of the Liaison Office is Hong Kong’s Party Chief. The Hong Kong Garrison is equivalent to the political commissar. The National Security Agency is similar to the CCP’s ‘Politics and Law Committee.’ Together, they made a high-profile appearance at this forum.

“It is obvious that the CCP wants to replace the Hong Kong Legislative Council and the Executive Council with this team,” Ji added.