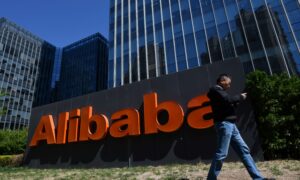 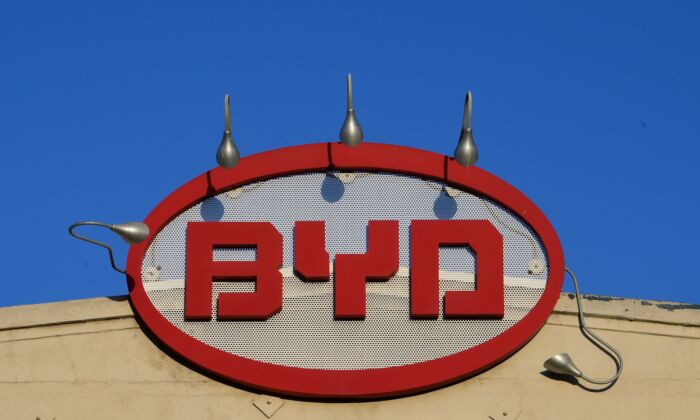 The BYD logo is pictured on top of its office in Los Angeles, California on May 13, 2020. (FREDERIC J. BROWN/AFP via Getty Images)
China Business & Economy

Beijing Halts Over 40 IPOs Amid Probe into Broker, Law Firm

Chinese bourses have halted 42 initial public offerings (IPOs) amid a regulatory probe into four intermediaries in the deals. It marks the latest move in the Chinese regime’s escalating crackdown on the private sector.

Among those hit was Chinese electric car maker BYD’s chip unit. BYD Semiconductor had in May filed plans to list on Shenzhen’s Nasdaq-style ChiNext board, aiming to raise at least 2.68 billion yuan ($413 million), its prospectus said.

The market regulator has not disclosed any details about the investigation.

But the four brokers were all involved in the listing of Beijing Blue Mountains Technology Co., according to The Beijing News, a media backed by the Chinese Communist Party.

The regulator in 2020 accused the company of financial violations as it disclosed listing documents to unqualified investors, prompting the CSRC to launch an investigation last November, according to a statement by the regulator.

Several companies affected, including BYD Semiconductor, said they would proceed to review the procedure as soon as possible, with a hope of resuming listings, according to domestic media.

Regulations state that bourses can resume a company’s listing application once investigations are completed, and the exchange is informed of this within three months.

The firms affected are the latest to be swept up in Beijing’s quickening regulatory crackdowns on private companies, ranging from the internet to tutoring.

Last month, the ride-hailing giant Didi Chuxing was ordered to take down its apps from the country’s App stores amid a cybersecurity probe triggered by concerns about user data leaving China. The action came two days after the company raised $4.4 billion in its U.S. debut, prompting shares to fall sharply soon after the news.

On Aug. 22, Beijing passed a sweeping data control law, aimed at restricting data collection by tech firms. Analysts say the law was an attempt by Beijing to curtail the growing power being wielded by private companies.