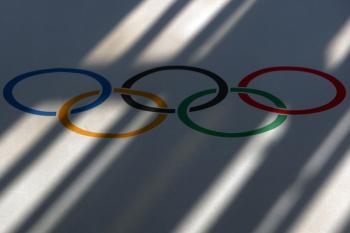 Florian Godovits
biggersmaller
Print
"Never again" we were once told! And yet, on August 8th we travel to a nation for the Olympic Games where the slogan "again and again" prevails. Those whose thinking is not aligned with the dominant regime are put through brainwashing sessions and tortured. They are sent to forced labor camps, where human beings are kept alive as a source for organ harvest. Ethnic and religious genocide continues of Tibetans, Uighurs and Falun Gong practitioners.

The emotionally charged, thunderous applause for the superbly trained, regime-obedient, doped-up Chinese athletes in the Birds Nest Stadium will drown out the screams of torture victims in the labor and ‘re-education’ camps a few blocks away.

Yes, these camps do exist, and yes, their victims are men and women, made of flesh and blood. Journalists may hear the stories of victims, those who survive, who overcome the horrors and find their way abroad.

Many tell their stories in Germany, too—about the dark side of the glitzy cities of  Beijing and Shanghai. One merely has to go to the trouble of meeting with them, or attend an Amnesty International meeting, or an Organization for Human Rights event. It will be an eye opener, that much is guaranteed.

Do you have children? I don't. Though I ask myself what I might tell them.

Where was I when the 2008 "Games of Shame" were shown on the world's screen, while millions of people (some estimate 6 million) were languishing in labor camps, experiencing first-hand that labor does not make you free, as the Nazi labor camp slogan claimed.

And I also don't know what I would tell the wife of incarcerated human rights advocate Hu Jia. Only last September she was the translator for a telephone interview I did with her husband. Now he is in prison and she is taking care of their infant daughter alone. It is amazing how much strength one with such a soft voice that only brings joy to the world, can exhibit—and how much they can endure.

The things she and her daughter go through just so we, dear readers and journalist colleagues, may be privy to what is actually happening in China! We cannot tear the dark secrets directly from the hands of the ruling monsters of the Middle Kingdom, unlike, for example, Chinese attorney Gao Zhisheng, who did just this during his travels across China. He did our work for us, dear colleagues, and for that he has been incarcerated since September 2007 at an undisclosed location, and is said to have been tortured ever since. What would I tell his wife and children in the future?

When one accuses the people of 1936 for having applauded the Berlin Games I ask myself how much better the world has become. Today we all know of the horrors in China, they are not completely hidden. And yet we justify those—here I mean Western journalists as a whole from large media outlets—we justify our "soft-peddling" of the cruelties, horrors and atrocities of modern China, claiming they need a "transition period" or that "Moscow still saw torture in 1980."

It’s worth noting that a Chinese labor camp victim gets on average 230,000 times less media exposure than a prisoner at Guantanamo Bay according to this journalist’s analysis of the major German-language press.

When would such transitional period—if it ever ended—actually begin? All genuine human rights advocates know that the Beijing Games have been used as a pretext for regime-justified, accelerated brutality. And let me make an inscription in my valued colleagues' yearbooks regarding the "Moscow Argument": simply because atrocities have happened throughout history, does not mean they ought not be condemned – ever. How can we sway like this and become so cuddly, climbing under a blanket with such a brutal regime? Does this not make us the same as the perpetrators? There is an awful odor under the blanket, dear colleagues. Are we going to lift it and free ourselves from the deceptive embrace? Free of Beijing's smog, the clean air should help us find a way to make a better future.