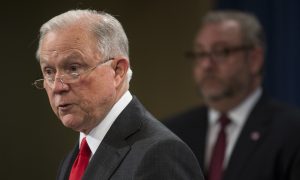 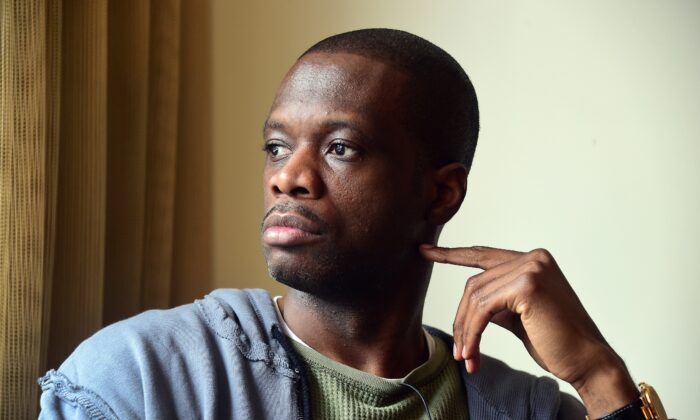 The Chinese regime used a former U.S. hip-hop artist to lobby the FBI to help locate a Chinese dissident in the United States who was being sought by Beijing officials, according to U.S. prosecutors.

Prakazrel “Pras” Michel, 48, a former member of the 1990s hip-hop group the Fugees, engaged in the campaign under the direction of a Malaysian financier named Low Taek Jho, also known as Jho Low, and an unnamed vice minister of China’s public security, the Department of Justice (DOJ) said in a June 11 statement.

Michel, Low, the Chinese minister, and some representatives of the Chinese regime met with FBI agents in 2017, according to a recently unsealed superseding indictment. During the meeting, they lobbied the FBI to deport the Chinese dissident and asked for the dissident’s whereabouts and his security arrangements.

The court document didn’t disclose the name of the dissident but characterized the person as having a “high profile” and living in the United States on a temporary visa. Additionally, Interpol had issued a red notice for the person.

A red notice isn’t an arrest warrant but a request to law enforcement agencies worldwide to “locate and provisionally arrest a person pending extradition, surrender, or similar legal action.”

Days after the meeting, Michel came into possession of images of the dissident’s passport and identity card and other documents showing the crimes he is alleged to have committed, the court filing said. It isn’t clear if Michel passed on these materials to the FBI as part of the campaign.

Aside from facing charges relating to the U.S. Foreign Agents Registration Act over the alleged lobbying efforts, Michel and Low are both implicated in the 1Malaysia Development Berhad (1MDB) money-laundering scandal. Former Malaysian Prime Minister Najib Razak, who established the state-owned investment fund in 2009, was accused of channeling money from the fund to his personal bank accounts.

The scandal involved officials in both Malaysia and the United Arab Emirates and some leading international banks, including Goldman Sachs Group and Deutsche Bank.

Low, the alleged mastermind behind the scandal, reached a settlement deal with the DOJ in October 2019 over how he and Malaysian officials siphoned over $4.5 billion from the fund from 2009 to 2015.

Separately, the DOJ has also investigated several individuals over a plot to influence the U.S. government into dropping its probes into the 1MDB scandal on behalf of Chinese and Malaysian interests. In September 2020, the DOJ fined Nickie Mali Lum Davis, a consultant living in Hawaii, $3 million over the scheme. Former top Republican fundraiser Elliott Broidy pleaded guilty over the influence efforts in October of that year, although he was pardoned by former President Donald Trump in January.

According to the June 11 DOJ statement, Michel and Low were accused of new charges related to the scheme—they began their illegal influence operation beginning in or about 2017.

Before attempting to lobby the FBI, Michel went to China and met the Chinese minister in person, according to the court document. That meeting was attended by Low and others implicated in the 1MDB scandal.

In May 2017, about a month before the FBI meeting, Michel, Broidy, and Lum Davis went to the southern Chinese city of Shenzhen. They met with Low and the Chinese minister. The latter asked Broidy to “use his influence with high-ranking United States government officials to advocate” for having the dissident sent back to China, the filing said.

A few months later in July, Michel, under the direction of the Chinese minister, asked Higginbotham to meet with the Chinese ambassador to the United States at the Chinese Embassy in Washington.

“During the meeting, Higginbotham told the Ambassador that United States government officials were working on the extradition of PRC National A [the dissident] and that there would be additional information in the future concerning the logistics of the extradition,” according to the document.

Cui Tiankai, a current Chinese ambassador to the United States, has held the diplomatic position since 2013.

Bloomberg, which cited an unnamed person familiar with the matter, has identified the dissident as Guo Wengui. Guo, an exiled businessman in the United States who is also known as Miles Kwok, is wanted by Beijing for alleged economic crimes. He is also known for making allegations about corruption against high-ranking Chinese Communist Party officials.

In April 2017, China’s Ministry of Foreign Affairs announced that Interpol had issued a red notice for Guo.

Benjamin Brafman, a lawyer for Michel, told The Epoch Times in an email that Michel “intends to defend against these baseless allegations.”

“The evidence at trial will demonstrate this to be a selective prosecution and we are confident that a jury will ultimately acquit him,” Brafman said.