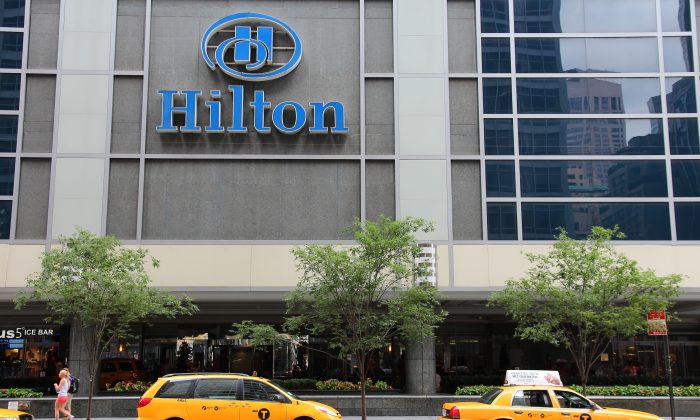 Chinese investments in the United States reached a new record in 2016, more than tripling the previous year’s. However, the pace of investments has begun to cool in 2017, following a crackdown in China on capital outflows.

In reaction to massive capital outflows and the resulting downward pressure on the Chinese currency, Beijing tightened its controls on many outbound mergers and acquisitions (M&A) deals, writes research firm Rhodium Group in a recent report.

In particular, outbound investments in real estate, entertainment, and deals outside investors’ core businesses are now under much more scrutiny, and Chinese investors, wary of having their deals struck down by Beijing, have been more reluctant to bid.

With these recent changes, the pace of newly announced investments in the United States has already begun to slow.

The investment activity that peaked last year started in 2010, when China relaxed rules on outbound investment for institutional investors in order to expand its political and economic influence abroad.

Since 2010, Chinese companies have invested more than $100 billion in the United States across a wide range of industries, with the real estate and hospitality industries attracting nearly 30 percent of the total.

Capital flight from China skyrocketed in 2016 in particular, with mounting economic problems at home and a devaluation of the yuan.

Last year alone, Chinese firms invested a record $46 billion in the United States. The huge jump in investment was driven by a significant number of mega deals, including aviation and shipping giant HNA’s acquisition of U.S. technology and supply chain company Ingram Micro for $6 billion.

And U.S. real estate, which is considered a safe haven, was the biggest beneficiary of Chinese investments. The top deals included Anbang’s purchase of 15 properties from Strategic Hotels & Resorts for $5.5 billion and HNA’s $2 billion acquisition of Carlson hotels.

US Real Estate as Safe Haven

The easing of restrictions over the past few years allowed insurance companies based in China to invest up to 15 percent of their total assets in offshore real estate.

Investment in the U.S. real estate market soared after the stock market crash in China in June 2015. The sharp decline in returns at home led investors like Anbang Insurance, China Life Insurance, and Fosun Group to look for safe havens.

However, since the tightening of capital controls in late 2016, “the pace of real estate investment has slowed markedly,” stated the Rhodium report, “but activity has not collapsed.”

There are few pending real estate deals, including HNA’s acquisition of a stake in Hilton for $6.5 billion. HNA also bought 245 Park Ave. in New York for $2.2 billion, one of the highest prices ever paid for a Manhattan office tower.

While Chinese investment in the United States continues, it is unlikely to reach the levels seen in 2016, as Chinese investors are now more cautious, according to experts.

“Up until six months ago, corporate investors from China were aggressively outbidding their rivals in cross-border M&A deals,” said a senior executive at a U.S. private equity firm, who wished to remain anonymous.

But for the last six months, investors have been less active, he said. Transaction volume fell by 12 percent in the United States in the first quarter of 2017, according to the real estate firm Jones Lang LaSalle.

“For the first time in two years, New York has lost its spot as the world’s most traded city. Leading the pack is London, regaining the spot it lost in 2015,” said a Jones Lang LaSalle report released in April.

According to another report by real estate brokers Cushman & Wakefield, Beijing is blocking all deals involving investments of more than $10 billion until September 2017, in an effort to regulate international investments.

In 2016, 62 percent of the investments abroad were over $1 billion. Now, M&A transactions valued at more than $1 billion that are outside Chinese investors’ core businesses, and foreign real estate deals by state-owned companies, are being restricted, leading to the investment lag in recent months.

Missing Chinese Billionaire Agreed to Be Taken Away, Source Says