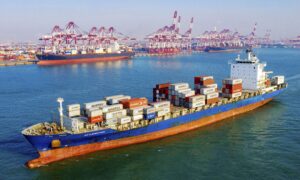 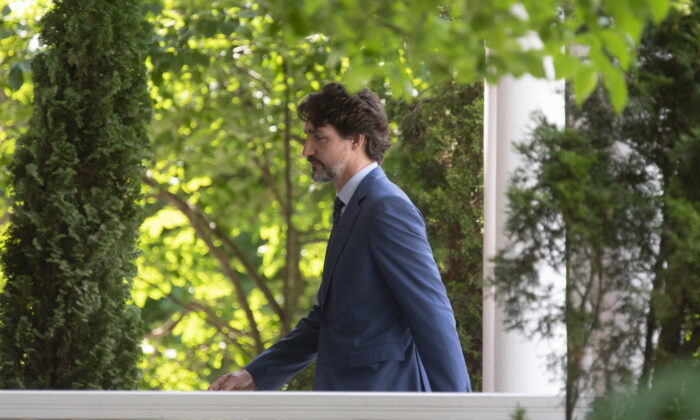 Beijing’s scolding of Ottawa in relation to charges laid against two Canadians detained in China since December 2018 is part of a trend where the communist regime has chastised Canada when comments are made not to its liking.

Meng was arrested in Vancouver on U.S. charges connected to possible violations of trade sanctions on Iran. Shortly after, Kovrig and Spavor were detained in China in what is widely seen as retribution for Meng’s arrest. Trudeau has often described the detention of the two men, who were recently charged with espionage, as arbitrary.

“The case of Meng Wanzhou is a very serious political issue … and Canada is playing the role of an accomplice to the U.S.,” Zhao Lijian said at a press conference in Beijing on June 21. “There is no such thing as arbitrary detention.”

On June 19 in Chelsea, Que., Trudeau told reporters he was “disappointed with the decision and the next step taken by the Chinese in the case of the two Michaels,” referring to the spying charges. He said Chinese authorities themselves “directly linked” the case of Kovrig and Spavor with Meng, and called on Beijing to end their “arbitrary detention.”

Although the spying charges against the two men were formally announced shortly after midnight eastern time on June 19, Trudeau didn’t mention them in his prepared briefing remarks in Chelsea until asked about it by reporters, according to CBC.

Trudeau told reporters in his daily briefing outside Rideau Cottage on June 22, “It has been obvious from the beginning that this was a political decision made by the Chinese government, and we deplore it, and have from the very beginning.”

“Within the very first few days of the detention of Michael Kovrig and Michael Spavor, Chinese officials were highlighting a link between the detention a week before of Meng and the arrest of the two Michaels.”

“The United States stands with Canada in calling on Beijing for the immediate release of the two men and rejects the use of these unjustified detentions to coerce Canada,” he said in a statement.

There has been a pattern of increasingly forceful words levelled at Canada by Chinese ambassadors in recent years, and while some have said diplomats making such statements should be expelled, the ambassadors have gone unchallenged by Canada’s leaders.

“Nothing is more egregious than the Chinese ambassador threatening the Canadian government,” Sen. Leo Housakos, one of the senators behind a pending motion to sanction Chinese officials for rights violations, said in a previous interview.

Housakos and fellow Conservative Sen. Thanh Hai Ngo tabled a motion in December 2019 calling for Ottawa to use the Magnitsky law to sanction Chinese officials involved in human rights abuses in Hong Kong and mainland China.

In response to the proposed motion, China’s ambassador to Canada Cong Peiwu said that Beijing would “firmly oppose this type of behaviour” and that it would cause “serious damage” to relations between the two countries.

“We’ll make very firm countermeasures to this,” Cong said. “It is not in the interest of the Canada side, so we do hope that we stop this kind of dangerous activity.”

Cong also warned Ottawa not to follow U.S. lawmakers’ lead in creating legislation to sanction Chinese officials over the Hong Kong crackdown. He added that Canada should denounce the pro-democracy activists in Hong Kong.

In January 2019, Cong’s predecessor, Lu Shaye, called Canada and its Western allies white supremacists for demanding the release of Kovrig and Spavor.

“The reason why some people are used to arrogantly adopting double standards is due to Western egotism and white supremacy,” Lu wrote in a Hill Times op-ed.

When Meng was first arrested, Beijing warned Ottawa that there would be “serious consequences” if she was not released immediately.

In June 2016, China’s foreign minister Wang Yi snapped at a reporter who asked a question about China’s human rights record and the jailing of Canadian Kevin Garratt in China during a news conference in Ottawa with then-Foreign Affairs Minister Stephane Dion.

Wang appeared visibly angry as he scolded the reporter, saying his “question is full of prejudice against China and arrogance. … This is totally unacceptable.”

After Hong Kong police arrested 15 high-profile pro-democracy activists on April 18 on charges of illegal assembly during the 2019 protests in Hong Kong, Canadian Minister of Foreign Affairs François-Philippe Champagne said in a statement that Canada is “concerned by the arrests of political figures,” and that there is a need for “close scrutiny” on these “extraordinary measures.”

Conservative MP and shadow minister for Canada-China relations Garnett Genuis said in a Facebook post that the Chinese regime is using the pandemic “as a cover for abuses” in Hong Kong. He added that the federal government’s response to the arrests is “weak.”

“Instead of condemning the arrests, it calls for ‘close scrutiny’ and restraint on ‘all sides.’ Canada should take a strong stand for democracy and against injustice,” he said.

Housakos criticized Ottawa’s performance on China, saying the government has been “slapped around” but has not taken appropriate action in response.

“They seem to be appeasing and kowtowing to China’s brutal behaviour,” he said.

With files from Associated Press and The Canadian Press.

With reporting by Omid Ghoreishi