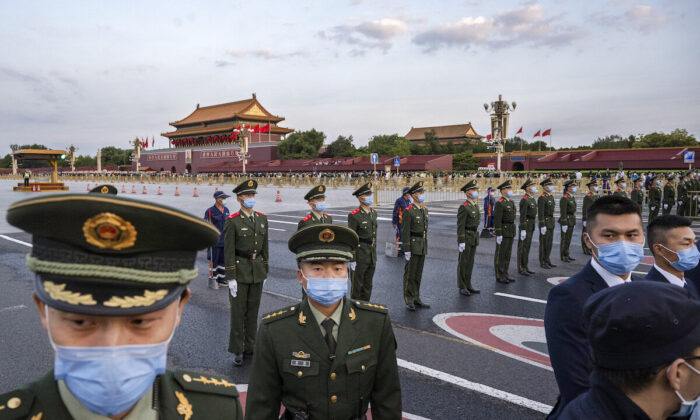 Beijing says citizens who report breaches of the  national security law may win a certificate of recognition or a monetary reward ranging from 10,000 yuan (about $1,500) to over 100,000 yuan (about $15,000), depending on the value of the tip-off.

On June 6, the Ministry of State Security announced in an official paper its new rules for rewarding people who report witnessing acts of “endangering national security.”

People can submit information by calling 12339, a designated hotline; online; mailing a letter; or visiting a state security agency, according to the document.

A representative for the ministry claimed that the move is aimed at “cementing the grassroots foundation” to China’s national security and fighting foreign intelligence activities.

However, the new rules don’t provide a definition of “endangering national security,” which Chinese enforcement may interpret vaguely, and use as a catch-all allegation to target activists and human rights defenders who seek fair treatment, criticize the Chinese Communist Party’s (CCP) atrocities, or accept interviews with foreign journalists.

The new rules went into effect on the day they were published.

China news commentator Tang Jingyuan told The Epoch Times that the move is essentially the same as the spy-catching campaigns that the CCP uses, and can be traced back to the era of late party chief Mao Zedong who employed the tool to purge his political opponents and dissidents.

“The CCP has well used this tactic,” said Tang. “Its goal is to prevent or dissolve all factors contributing to mass protests by fueling tip-offs. This also creates an atmosphere of fear and mutual distrust in interpersonal relationships, which helps bolster the CCP’s rule.”

The communist organization uses this method to shift the focus of attention whenever it faces a critical internal crisis, said Tang.

Within the CCP, Tang noted, spy-catching movements have become a brutal yet effective infighting tool. In the CCP’s history, the No. 1 “spy” it claimed to have revealed was former head of state, Liu Shaoqi, who died a miserable death after being removed from his post and unlawfully isolated and mistreated while in custody.

On June 8, just two days after Beijing rolled out the new rules, Hong Kong police announced a similar reward system—for the first time in history—for revealing terrorist or violent behavior. Anyone who spots an offender may receive up to HK$ 800,000 (about $101,915).

“The intention of the Hong Kong government is clear,” said Chung Kim-wah, former deputy CEO of the Hong Kong Public Opinion Research Institute, in an interview with VOA. “That is turning the city into a society in which people monitor each other so that Hongkongers will be deterred from criticizing the government and the CCP as they did before.”

Luo Ya and Cheng Jing contributed to this report.