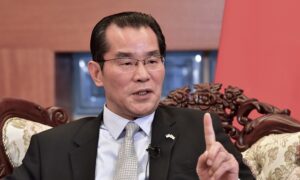 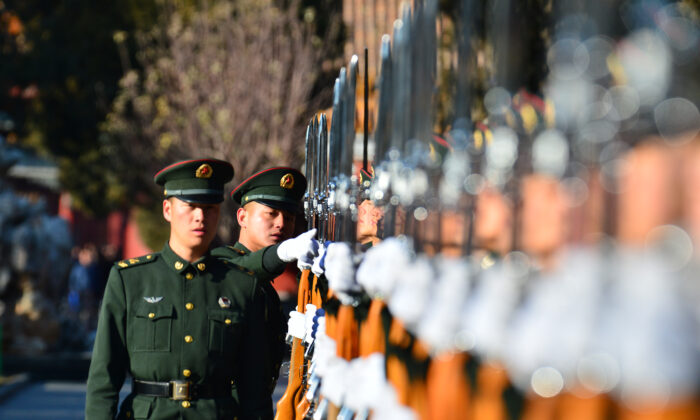 The Chinese regime has very specific tactics when it seeks out foreign politicians and individuals to do its bidding, according to a recent French report.

In the eyes of the regime, some foreigners can simply be used by Chinese agents to “pass on messages or influence opinions.” Another group consists of individuals who can be “maneuvered,” either by ideology or interest, into becoming “useful idiots.” A third group of people accepts the idea of promoting the regime’s interests, and Beijing entrusts them with a “more precise directive.” Then there are those who are “formally recruited” by the regime.

This grouping was explained in the 650-page report published by the French Military School Strategic Research Institute (known by its French acronym IRSEM), an independent agency affiliated with the French Ministry of Armed Forces. The report maps out Beijing’s global influence operations, including those targeting ethnic Chinese living outside of China, and warfare doctrines underpinning its infiltration into the West.

“The level of penetration, the number of politicians under [Beijing’s] influence, varies greatly from country to country. Many cases are known in Australia and New Zealand, but the phenomenon affects everyone, everywhere,” the report reads.

The report notes that local or municipal politicians have been Beijing’s “primary targets,” as they’re more accessible and can be approached at public events. As an example, it pointed to the Union of British Columbia Municipalities (UBCM) in Canada, an annual convention for local governments in the province of British Columbia. The CCP began sponsoring the event in 2012 before it ended in 2019 amid public criticism.

“I think the fact that the only foreign government that does this is China is even more troubling, and that’s because we’re in a situation where China is engaged in a number of actions that are completely hostile to Canadian interests,” Port Coquitlam Mayor Brad West told The Epoch Times in 2019 regarding Chinese sponsorship of the UBCM.

He pointed to China’s oppressive campaign in the far western Xinjiang region, where more than 1 million Uyghurs and other Muslim minorities are being held in internment camps. The U.S. government has called the campaign a “genocide.”

“I can’t for the life of me understand why some mayors and city councilors think that they should expect free food and free drinks and rub shoulders with officials with the government of China,” West said.

China’s effort at influencing regional U.S governments came to light in October 2020. That month, then-Secretary of State Mike Pompeo announced that the United States would discontinue taking part in a memorandum of understanding (MoU) signed between China and the United States in 2011, which supported the creation of a U.S.–China National Governors Forum. The MoU was inked by the then-Secretary of State Hilary Clinton in 2011.

Pompeo said the Chinese People’s Association for Friendship with Foreign Countries (CPAFFC), which co-convened the forum, had “sought to directly and malignly influence state and local leaders to promote the PRC’s [People’s Republic of China] global agenda.”

China experts say that CPAFFC is operated by the United Front Work Department.

China’s effort to build ties with foreign politicians was done in part through China’s International Department, an agency under the CCP’s Central Committee, according to the report.

The department’s “networks allow it to identify and retain politicians who are willing to defend China’s image in the local media or who can act behind the scenes on behalf of the CCP,” the report reads.

According to its website, the International Department has built relationships with more than 600 political parties and political groups in more than 160 countries.