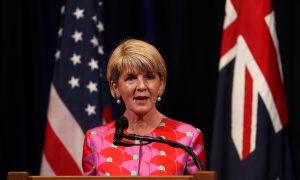 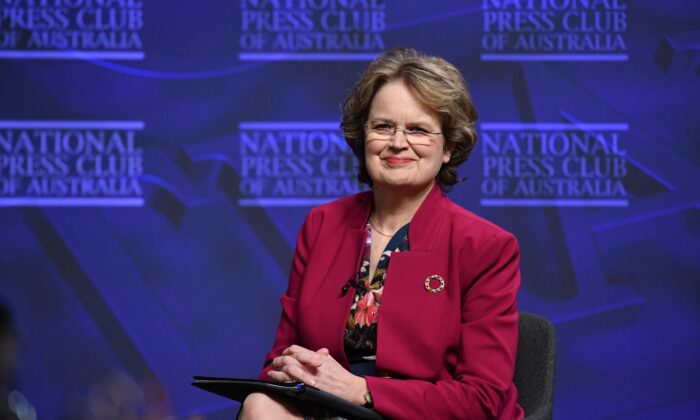 The Chinese leadership is beset by insecurity and a “siege mentality,” according to the outgoing head of Australia’s Department of Foreign Affairs and Trade.

Secretary Frances Adamson, a former ambassador to China who was present during the elevation of Xi Jinping to the Communist Party leadership, said that from his ascension, the Chinese regime underwent the most “consequential change.”

“China speaks of a ‘new type of international relations,’ as if it is a fairer way, an improvement. But underneath it is the same old power politics, the raw assertion of national interests,” Adamson told the National Press Club on June 23.

“Few really grasp that this great power is still dogged by insecurity as much as driven by ambition. That it has a deeply defensive mindset—perceiving external threats even as it pushes its interests over those of others,” she said.

“This siege mentality—this unwillingness to countenance scrutiny and genuine discussion of differences—serves nobody’s interests. It is too ready to suspect containment instead of judging issues on their individual merits.”

Joseph Siracusa, adjunct professor of the history of international diplomacy at Curtin University, has pointed out that Beijing’s aggressive ambitions towards the South China Sea or Taiwan have been “driven by fear and weakness, not strength or expansionism.”

“The expansionist story is a falsehood that the military-industrial complex tells each other as they go onto sell the latest weapon system,” he told The Epoch Times.

“The Chinese are worried about how the Soviet Union disappeared after 74 years, as there’s this old rule that after five generations, it is very hard to pass on communist zeal.”

The CCP is entering its 72nd year of control over China as of 2021.

In response to Adamson’s speech, the Chinese propaganda mouthpiece The Global Times responded by trumpeting China’s achievements and accusing Australia of having a “deep-rooted sense of security and anxiety.”

Australia-China bilateral ties have taken a battering over the past year after Australian Foreign Minister Marise Payne called for an investigation into the origins of COVID-19 in April 2020. Following this, Beijing launched an extensive economic coercion campaign targeting Australian exports to China, including coal, beef, wine, barley, lobster, timber, lamb, and cotton.

However, Adamson said that Australia had a strategy for dealing with Beijing’s increased belligerence.

“We have a robust policy framework governing our approaches to China, which rightly, we constantly test. It is partly defensive, yes, because China’s actions require it,” she said.

“But it is also proactive and open to a possible model of beneficial co-existence that guards against conflict and protects Australian sovereignty.”

Adamson, who has served the department for five years, has been appointed the next governor of South Australia.