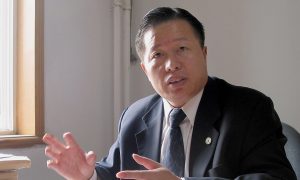 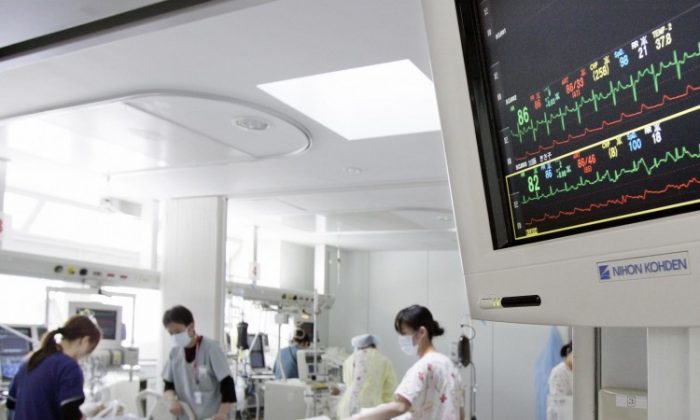 In this stock photo, nurses are busy treating patients in an extensive care unit. Ambulances in Japan have to call hospitals multiple times before getting a patient accepted. (Yoshikazu Tsuno/AFP/Getty Images)
China Human Rights

A former Chinese rights lawyer has been banned by Chinese authorities from boarding a flight bound to Japan to take care of his ill daughter who is in a coma. Although he has a visa and ticket to his destination, his journey was cut off by customs officers of the Chinese Communist Party (CCP) regime, which put him on a blacklist of targets for exit control since 2010 over an unwarranted charge.

Tang Jitian, a prominent ex-lawyer, revealed that he was stopped at customs in his departure city of Fuzhou in southeastern China’s Fujian Province on June 2, around 8 a.m. local time, and his boarding pass was torn in half, based on his supporters’ Twitter reports.

According to Tang, six police officers prevented him, including a female and two other males respectively with the identification numbers of 230568, 230512, and 230576.

They gave him an oral announcement that he was not allowed to leave China in accordance with Item 5, Article 12 of the country’s Exit and Entry Administration Law, which cited national security concerns, a vague accusation often leveled by the CCP at rights lawyers, dissidents, petitioners, and religious believers.

At Tang’s insistence, they reluctantly revealed that they were carrying out orders from the Beijing Public Security Bureau.

Currently, his daughter is receiving treatment in the Intensive Care Unit (ICU) in a Tokyo hospital, Tang told VOA in an interview on May 30.

She was initially diagnosed with tuberculosis and hospitalized on April 30. Later, her condition worsened, which expanded to other parts of her body, causing a swollen right brain, hydrocephalus, among others.

“My daughter’s situation is extremely serious,” Tang said. “She has lost consciousness for more than 20 days. Family accompaniment is crucial to her return to health, especially her consciousness, as medical professionals told me.”

On May 19, Tang filed a letter of application with the Beijing Public Security Bureau for permission to allow him to fly to Japan to accompany his daughter.  He wrote that Chinese citizens’ freedom to enter or leave the country is legally protected and that he has not been placed under criminal accusation. Given the seriousness of his daughter’s condition, he requested the bureau to grant him a permit on humanitarian grounds so that he could perform his duties as a father.

However, his application remains neglected.

On May 23, an appeal was launched online to support Tang’s request. As of May 30, the appeal had gathered nearly 100 signatures from lawyers, professors, and experts, including Jerome A. Cohen, a professor of law at New York University; and Yu-Jie Chen, assistant research professor at Institutum Iurisprudentiae, Academia Sinica.

Tang’s mistreatment is believed to be the CCP’s retaliation for his pro-democracy and human rights activities.

In 2005, he represented child victims of tainted China-made milk powder, Falun Gong adherents, and people whose properties had been subjected to forced demolition.

In 2008, he promoted an election in the CCP-controlled Beijing Lawyers’ Association.

In April 2010, his lawyer’s license was revoked by the CCP’s Beijing Justice Bureau for allegedly disrupting court trial rules. In the following month, he was (and remains) restricted from leaving mainland China.

In February 2011, Tang was subjected to arbitrary arrest and torture for his pro-democracy activity in Beijing.

In October 2013, he was placed under 5-day detention for assisting Falun Gong practitioners under brainwashing sessions.