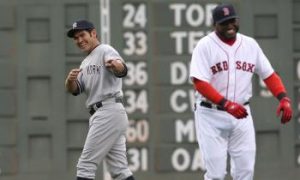 Beijing AIDS Petitioners, Assaulted and Driven Away by Police

In a desperate plea for medical support, on Nov. 22, about 60 AIDS patients appealed in Beijing to the State Bureau for Letters and Calls. They were assaulted by police from Xiannongtai Police Station, who expelled them from the premises.

Later the same day, the petitioners appealed before the Ministry of Health, but were driven away in three different police vehicles. A mother with her three-year-old child was among those who appealed.

Liu Ximei is a 28-year-old woman who had become infected through a blood transfusion. She told an Epoch Times reporter of being beaten that day.

“The police threw me to the ground. My heart was beating so fast and I began to vomit. I was taken to a hospital, but I was turned away for not having any money.”

The Epoch Times reporter called Mr. Sun, a family member of an AIDS patient from Zhengzhou, who had witnessed the police beating Ms. Liu.

He said, “After we left the Bureau of Letters and Calls, and walked 30 feet away, the police attacked us from behind. Ms. Liu could not move fast enough, and was knocked to the ground. The police then chased away the nearly 60 petitioners and bystanders.”

He said that the officers were from the Xiannongtai Police Station, and listed their badge numbers.

Ms. Liu said that after she had been knocked down to the ground, her heartbeat became fast and irregular.

She said, “Fortunately, someone gave me a fast-acting heart pill, which made me feel better.”

Ms. Liu is from Zhumadian, Henan Province. As a young girl working on a farm, her hair got caught in machinery and part of her scalp was pulled off. It was in the skin transplant and blood transfusion that followed that she contracted HIV.

After a protracted high fever over a three-year period, she was diagnosed with AIDS in 2004. She was unable to use her legs properly, and the right side of her body became paralyzed.

Overcome with emotion while relating her story, she said that her parents had died a long time ago and her brother and sister-in-law had refused to let her stay with them. People in her town also looked down on her because of her illness. She would stay at the town clinic, but the officials would harass and chase her away.

She survived on the food provided by patients or other caring individuals. She had often contemplated ending her own life and said, “I didn’t want to live like this and bring others trouble.” However, through the kindness of others and their encouragement, she found the will to go on living.

After undergoing surgery performed through the Dental Center of Beijing University’s School of Stomatology, Mr. Sun’s son contracted the AIDS virus at the age of six: apparently acquired through a blood transfusion as well.

Mr. Sun said that AIDS patients incur two major areas of expense in their treatment: inhibiting the HIV virus and the treating of the symptoms of the illness in a compromised immune system. Patients must pay for everything related to the latter themselves.

Ms. Liu had been suffering from a bad cold. She said that there were about 100 different types of medicine available through the hospital at a reduced rate, but those were often ineffective: the medication that could do the job had to be purchased through a pharmacy, but was too expensive.

“I don’t have that kind of money,” she said. “What we want is for the government to pay for treating our illnesses.”

Ms. Liu has been appealing since 2007 to all levels of government agencies for help. She has continually endured abuse and has gotten no encouragement. In spite of the limitations of her condition, she continues her activism.

Over the past 20 years, AIDS has spread to 31 of China’s provinces. According to state records from 2006, the AIDS population in China was estimated at 840,000. However, only five percent of that number had been identified and diagnosed, while 95 percent were unidentified and therefore untreated.

Dr. Gao Yaojie, a prominent AIDS activist who used to live in China, says that there have been over 10 million AIDS patients in the country since the 1980s, across 31 provinces. After surveying over 1,000 AIDS families from over 100 villages in 13 provinces, she concluded that the HIV virus in China is spread mainly through blood transfusions. Often illegal, these centers are ignored by local authorities, who receive money from the “blood heads” who engage in the often lucrative blood and plasma trade, all the while infecting peasants with the deadly virus.

Gao fled China to the United States in late 2009 because she feared retaliation from the Communist Party for her research and activism.