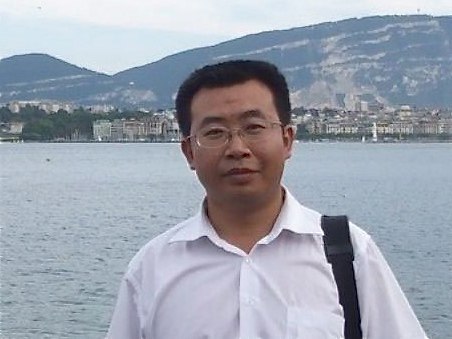 Before Party Congress, Suppression of Falun Gong in Full Force

Tian Xiaoping, a 51-year-old Falun Gong practitioner, was sent to prison for 14 years this May. Police caught her in November last year after she and a number of others visited the family home of another practitioner who had been killed. Her sentence is one of the harshest in the 13-year-long campaign against the practice, and was part of a ratcheting up of the campaign against Falun Gong this year as the Communist Party planned for its 18th Congress.

Jiang Tianyong, a Chinese human rights lawyer, thought the case remarkable. “Lately the persecution of Falun Gong has been getting more severe,” he wrote on Twitter in August.

“After the Beidaihe meeting,” he said, referring to a secret Communist Party gathering at the seaside that takes place late in the summer, “there were a huge number of criminal cases, with serious sentences.” He listed 10-, 11-, 13-, and 14-year sentences handed down to practitioners of the meditation discipline. “It’s extremely crazy.”

As the Communist Party makes meticulous preparations for its 18th National Congress to be held on Nov. 8, when a new batch of cadres will be ushered in to rule the country for another decade, many groups that supposedly pose a challenge to the Party’s “stability” have been targeted via a massive security mobilization.

This includes public interest lawyers, petitioners, activists of all stripes, and Falun Gong practitioners, who practice a form of slow-moving meditation and live by the principles of truthfulness, compassion, and forbearance.

The campaign against Falun Gong has gone on since 1999, but anti-Falun Gong activities, and the severity with which they are carried out, appear to have been stepped up this year.

A review of Chinese regime websites at different departmental and administrative levels across the country shows a concerted campaign, extending to neighborhoods and apartment blocks, to identify and attack Falun Gong practitioners ahead of the 18th Party Congress, and in the name of the congress.

But according to Levi Browde, executive director of the Falun Dafa Information Center, the Party’s security forces are using the idea of “safeguarding” the event as an excuse to persecute Falun Gong, and attempt to revive the campaign.

“It’s very difficult to keep up a campaign for 12 or 13 years with any kind of momentum,” he said. “That’s why they break it into little campaigns, as a way to package it, give it new objectives, and push it forward. The congress is no different.”

Like the Olympics and other major events in China, the event has simply become a way to “advance the long-term objective against Falun Gong, which is to stamp it out,” he said. “Look at the long prison sentences. If they were concerned about the safety of the congress, they would round everybody up and let them go afterwards. They would not hand down 14 year prison sentences.”

Party authorities are mobilizing volunteers to conduct oral agitation, and have stepped up anti-Falun Gong propaganda displays. Intensive surveillance is being conducted, and communist security forces are using old-fashioned violence on those they capture. Several deaths by torture have been reported.

Chinese government websites show that the campaign is being carried out across the country, from major cities like Beijing, to obscure locations like the broadcast office in Yuhuan County, in the city of Taizhou, Zhejiang Province.

On teleconferences and videoconferences to cadres in the security forces around the country, cracking down on Falun Gong is listed as one of the “prominent important points” and part of the “control work” necessary for a smooth congress.

Falun Gong is marked as an “unstable element” presumably due to the group’s resistance to persecution over 13 years. How Falun Gong practitioners may actually disrupt the 18th Congress is never specified in any of the security directives.

In the Haidian District of Beijing, the home to many intellectuals and dissidents, Falun Gong was to be targeted before the congress as part of an ongoing three-year transformation campaign. In 2009 the Party launched a multibillion dollar program of ideological conversion, using torture and violence, to round up and brainwash Falun Gong practitioners, which continues this year.

Anti-Falun Gong activities have also been integrated into other social control projects. The General Administration of Press and Publication, a key censorship office, included a crackdown on Falun Gong in September as part of its “anti-pornography” campaigns.

The anti-Falun Gong mobilization includes a focus on intensive surveillance in some areas. A Public Security document from Gangshang Township, a tiny place of around 60,000 people in Jiangsu Province, contains explicit instructions on what to find out.

The document, addressed to “every work unit” in the town, says that public security units must “use a dragnet approach” to find all Falun Gong practitioners. Information that is supposed to be discovered includes “their transmission channels, activity schedules, the number of people, the times they gather, their family environments, their economic situations, their education and cultural levels, their life experiences, their individual temperaments, their motivation for practicing Falun Gong,” and so on.

“Not a single household” was to be left out in that intelligence gathering exercise, according to the document.

Tianxin District in Changsha City, Hunan Province, held a series of large-scale events in a sporting stadium meant to prepare for “welcoming the Party’s 18th Congress” and calling for recruits in the battle against peaceful Falun Gong meditators.

The first order of business was to root out paper currency that had anti-Party slogans, or slogans in support of Falun Gong, written on it. Volunteers were supposed to make a sweep of their apartment buildings and tear down any Falun Gong-related signs. Anti-Falun Gong related displays were to be dusted and cleaned of graffiti, too. Volunteers were also supposed to try to “convert” any friends they may have who practice Falun Gong—all in the service on the Communist Party’s 18th National Congress.

In Huairou District of Beijing, the Party Committee was slightly more lenient. They merely called for any personnel who have Falun Gong or “religious behaviors” to be accounted for, appointed to a “responsible person,” and heavily supervised to “prevent any problems.”

A similar mobilization effort was announced in Baoding City, Hebei Province, where “harmony and stability” and creating a “favorable atmosphere” for the 18th Party Congress were linked to attacking Falun Gong. Small teams were to be set up to scour “every street, every corner, every pole. Don’t leave any gap.”

Like in Maoist China, cadres were also charged with carrying out “ideological work” on Falun Gong practitioners. “Lead them to thoroughly break from the Falun Gong organization,” the order said. “Make them remove their spirits from mystical beliefs and deliver them to the care of the Party,” it continued, adding that cadres should “avoid being enticed” by Falun Gong’s beliefs, whose emphasis on traditional morality had in the 1990s attracted up to 100 million adherents in China.

The 610 Office has in many regions been coordinating the campaign against Falun Gong practitioners. This Party organ was set up in June 10, 1999, as an extralegal agency to control the persecution using all state resources. The website of the Nongan County Public Security Bureau, in Jilin Province, for example, identifies the 610 Office as the agency giving the directions in its anti-Falun Gong activities.

This includes “striking a severe blow” to Falun Gong and using “strict control.” The terms may be meant literally. The Falun Dafa Information Center has documented a number of cases of violent deaths of Falun Gong practitioners over the last several months, precisely amid the Party’s current campaign.

Lu Caixia, a schoolteacher from Hebei Province, was kidnapped from her home, which was ransacked, and taken to a brainwashing center in July. Her family was refused visits, and she was told that she would remain in captivity until after the congress in November.

A 65-year-old woman from southern China died three weeks after being locked in a brainwashing facility in Hunan Province. She was kidnapped from her home in September. Police said she had “some learning to do” before the congress, according to the Falun Dafa Information Center.

Torture against practitioners in detention has also been intensified, the Information Center reports. Sources say that the efforts at “transformation,” involving torture and abuse, take place in a special section of a prison in Jilin Province, northern China. “According to the husband of Falun Gong practitioner Sun Fengjie, she was unrecognizably thin when he visited her on September 7,” the center says. “She said she was being deprived of sleep and forced to sit on a tiny stool 14 hours a day.”