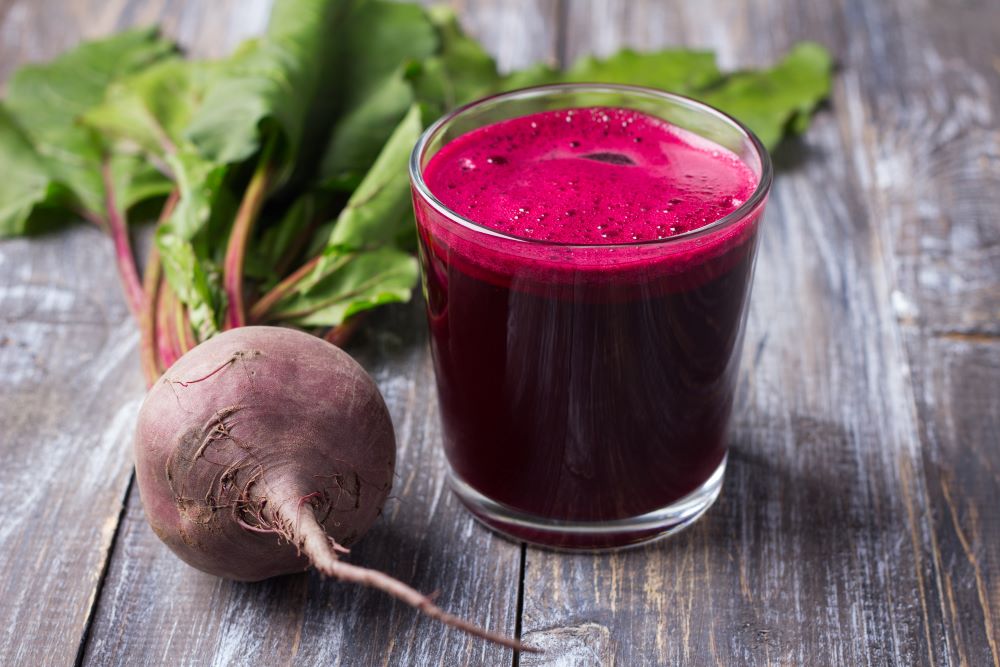 More commonly found in the Slavic soup borscht, a salad, or the corner shop hamburger, the humble beetroot may soon become a regular part of athletes’ protein shakes after research from the University of South Australia (UniSA) found it can enhance sporting performance.

Conducting a meta-analysis of 118 studies from 25 countries, the team evaluated the performance effects of foods thought to benefit aerobic performance and found that beetroot, grapes, sour cherries, and pine bark extract boost endurance exercise performance through improving nitric oxide availability in the body.

Beetroot’s high nitrate levels, which have been shown to boost blood circulation and increase oxygen and nutrient delivery to muscles during exercise, enabled athletes to reach peak performance quicker.

Polyphenols are potent antioxidants that reduce the impact of oxidative stress, preventing or reversing cell damage caused by ageing, as well as environmental and lifestyle factors.

“While our study shows that beetroot (among other foods) can boost performance, other nitrate-rich foods such as red spinach, Swiss chard and rhubarb did not show similar benefits.”

Similarly, while grapes, sour cherries, and pine bark extract can enhance athletes’ performance, other polyphenol-rich foods such as blackcurrant, cocoa, ginseng, and green tea were not found to do so.

D’Unienville told The Epoch Times that while not nearly as much research was done on spinach, Swiss chard, and rhubarb compared to beetroot, it is likely those three vegetables did not show performance benefits despite being rich in nitrates because they are lower in polyphenols than beetroot.

“Beetroot juice is very rich in polyphenols, antioxidants, and phytochemicals which spinach is not so rich in,” D’Unienville said.

He explained that the protective effect of these antioxidants on the nitric oxide converted from the nitrate in the beetroot may make the difference, also noting that in some studies where nitrates were removed from the beetroot, it still had a minor effect on exercise performance.

“Essentially, there were about three or four studies we saw that did that, and overall they had a small benefit to performance,” he said.

“The polyphenols and other antioxidants provide extra benefit rather than just the nitrates themselves.”

Despite the benefits of foods such as beetroot, grapes, and sour cherries to exercise performance, co-researcher Professor Jon Buckley said their effects did discriminate.

“The results did show more significant effects among athletes who were less fit, and also that men were more likely to benefit from these foods than women,” he said.

“Certainly, there were some limitations with the sample size of women, but this finding does suggest further investigation is warranted.

“All in all, we know that trying to get fit takes time and effort but add a glass of beetroot juice to your training schedule, and you just might see the difference,” Buckley said.