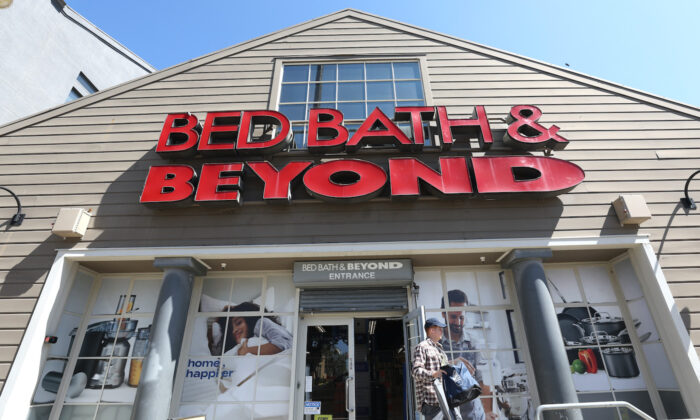 Bed Bath & Beyond CFO Dogged by Investor Lawsuit Prior to Suicide

Gustavo Arnal, the CFO and executive VP, of the retailer Bed Bath & Beyond (BBBY), committed suicide by jumping to his death on Sept. 2, from his TriBeCa apartment known as the “Jenga Building”.

Arnal joined BBBY in 2020 after previously working as the CFO for cosmetics giant Avon in London with a 20-year overseas career working for Procter & Gamble and Walgreen Boots Alliance.

The CFO received more than $2.9 million as an executive at Bed Bath & Beyond in 2021, including $775,000 in salary and the rest in purchases and sales of the company’s stock, according to InsiderTrades.com.

“The entire Bed Bath & Beyond Inc. organization is profoundly saddened by this shocking loss,” the company said in a Sept. 4 statement.

The home goods retailer has been undergoing recent trouble after a key investor pulled out in mid-August, leaving it on the verge of bankruptcy and a major restructuring, as well as with a legal controversy.

The retailer’s CEO, Mark Tritton, was fired in June after two consecutive quarters of poor performance.

Chief Operating Officer John Hartmann was also fired last week, after the announcement of a major restructuring plan at the New Jersey-based company that will involve the closing of 150 stores, the laying off of 20 percent of its employees, and a potential stock offering to raise revenue.

At the time of his death, Arnal was named in a recent $1.2 billion “pump-and-dump” class-action lawsuit against him and others in the District of Columbia for stock fraud, after allegedly inflating the company’s price, reported The Daily Mail.

Last month, activist investor Ryan Cohen sold his stock in Bed Bath & Beyond after taking on a 10 percent stake in the retailer earlier in the year, which was long deemed a “meme stock” by investors.

According to a Aug. 23 class-action court filing in the Washington D.C. area, plaintiff Pengcheng Si of Falls Church, Va., said that she and her spouse bought 8,020 shares of BBBY “at artificially inflated prices” between March 25 and Aug. 18.

She said and her family had “suffered realized and market losses of approximately $106,480.”

BBBY was accused by the plaintiffs of making a “materially false and misleading statement” in an Aug. 18 Securities and Exchange Commission filing that said, “We are pleased to have reached a constructive agreement with [Cohen’s] RC Ventures in March and are committed to maximizing value for all shareholders.”

Other defendants in the suit include JP Morgan Securities, which is accused of conspiring in helping BBBY.

The suit alleges that Cohen had Arnal “regulate all insider sales” for their own benefit, in order to “otherwise launder the proceeds of their criminal conduct.”

According to the lawsuit, Arnal was accused of preventing other insiders from “flooding the market” with stock while Cohen was still allowed to do so.

The late CFO allegedly provided “materially misleading statements and omissions” and “blatantly misrepresented the value and profitability of [the company] causing BBBY to report revenues that was fictitious.”

The plaintiffs accused Arnal of leading investors to believe that the company’s performance was not in a state of freefall and that their investments were safe for the time being.

“Through mid-August 2022, BBBY appeared—from the company’s public statements and financial reporting to be a successful turning-around company,” said the plaintiffs.

The plaintiffs said that total damages to all BBBY shareholders, including the company’s interests, were about $1.2 billion as of the time of filing.

Cohen announced on Aug. 16, that he had filed a document with the Securities and Exchange Commission (SEC) revealing that he owned a total of 9,450,100 shares, including the new 1,670,100 under certain call options

The plaintiffs alleged that he “submitted [the document] for the purpose of creating [a] buying frenzy of BBBY stocks so that Cohen can finish selling his shares at [an] artificially inflated price.”

The billionaire investor then submitted a form with the SEC soon after the announcement, which signaled his intent to sell his shares and call options, which gave his private investment firm the right to buy additional shares without informing the shareholders.

The Aug. 16 filing informed the SEC that he would sell up to 7.78 million out of 9,450,100 shares of BBBY stock, as well as more than 16,000 call options, earning him a huge profit before the stock value collapsed.

The lawsuit alleges that Cohen continued to publicly state that he still held onto his April call options, which would only begin to pay out if the stock hit $60 a share before Jan. 20, 2023, even though he had actually sold most of his shares in the company at that point.

Cohen was even granted three seats on the board of the company as the result of his public disclosure in August.

He would eventually earn $68.1 million from the immediate boost to BBBY stock, generating a 56 percent gain on his original investment, according to the New York Post, prior to dumping it.

Meanwhile, the company reported that sales were down 26 percent for the quarter ending Aug. 27, causing shares to drop by nearly 25 percent last week.

BBBY stock was already down 43 percent this year, 90 percent below its all-time high.

The home retailer has been declining for years due to slumping sales, pandemic-induced supply chain issues, unpaid bills to suppliers, and competition from online retailers like Amazon.com.

The company was able to obtain more than $500 million in new financing in order “to strengthen its balance sheet,” according to CNBC, giving it about $1 billion in cash on hand.

BBBY, in a regulatory SEC filing, said that it would offer up to 12 million shares of common stock, which it plans to use to pay down its debt, among other purposes.

Harriet Edelman, chairwoman of the company’s board of directors, added in the release, “I wish to extend our sincerest condolences to Gustavo’s family.”

“Gustavo will be remembered by all he worked with for his leadership, talent and stewardship of our Company. I am proud to have been his colleague, and he will be truly missed by all of us at Bed Bath & Beyond and everyone who had the pleasure of knowing him,” said Edelman.

It is not known at this if the lawsuit had anything to do with his motive to commit suicide, but more may come out if it is shown that there were any signs of financial impropriety in future court documents.

Arnal, who was living in New York at the time, was a native of Venezuela and was married with two grown daughters.